The ‘Outlander’ Season 4 Trailer Brings a Warning from the Future 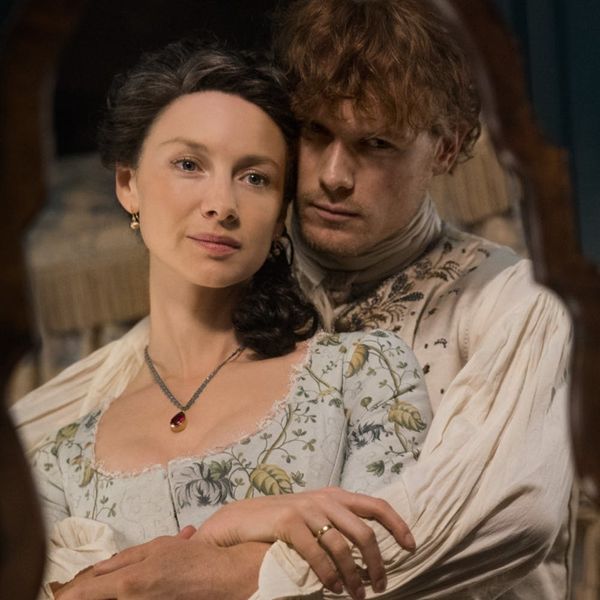 The 2018 fall TV schedule just headed back in time. Starz dropped the trailer for Outlander season 4 on Tuesday, July 31, and it promises new frontiers, warnings from the future, and more swoon-worthy moments between Jamie and Claire.

While season 3 of the popular time-travel drama took five whole episodes to reunite Jamie (Sam Heughan) and Claire (newly engaged Caitriona Balfe), season 4 shows them together from the start as they embark on a new beginning in America.

“I want us to make a home together,” Claire says to her longtime love as we get our first look at River Run, the North Carolina plantation owned by Jamie’s aunt Jocasta (played by Maria Doyle Kennedy).

But it isn’t all domestic bliss, of course: The upcoming new episodes also promise battle, betrayal, and a warning from the future when Claire discovers a human skeleton with a silver filling, which, she points out, won’t be invented for another 100 years.

“Do you trust me, Claire?” Jamie asks his wife at the end of the action-packed trailer.

“With my life,” Claire answers, as the couple embrace and share a kiss.

Season 4, which will include 13 episodes, is based on Drums of Autumn, the fourth book in the Diana Gabaldon series. Starz revealed earlier this year that the show had been renewed for seasons 5 and 6, which will be based on their respective follow-up books, The Fiery Cross and A Breath of Snow and Ashes.

Outlander season 4 will premiere on Starz in November.

Are you excited for season 4 of Outlander? Let us know @BritandCo.