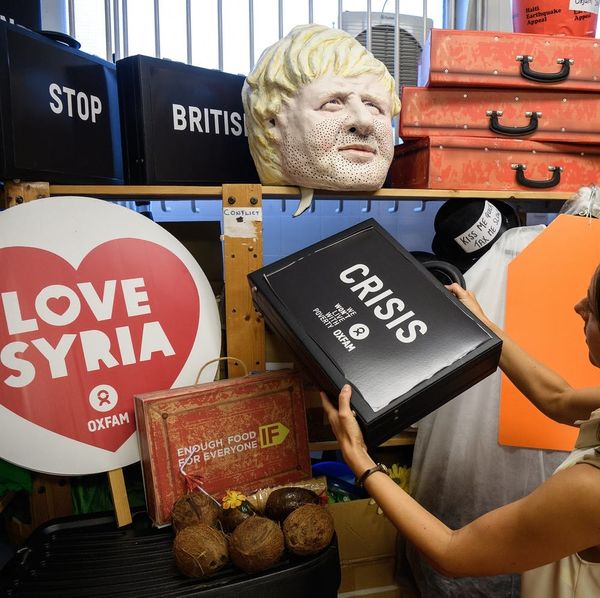 The executive director of Oxfam, one of the leading international relief organizations in the world, has apologized and asked forgiveness in the wake of allegations that a former director hired prostitutes in disaster zones.

On Friday, Oxfam International Executive Director Winnie Byanyima spoke with the BBC about the scandal that has rocked the humanitarian aid organization over the past week.

“From the bottom of my heart, forgive us, forgive Oxfam,” the Ugandan director said in her native tongue, Luganda. Byanyima admitted that the organization was not without its problems, and promised an independent commission would be appointed to investigate the claims against Oxfam director Roland van Hauwermeiren.

Rumors that van Hauwermeiren solicited prostitutes began surfacing as far back as 2002, when he was working in Liberia for the health charity Merlin in Liberia.

He was hired by Oxfam in 2006 to work in Chad, where his staff is said to have brought prostitutes on charity property, according to a report in the Observer.

Van Hauwermeiren was moved to Haiti in the wake of the 2010 earthquake. The Times reports that he hired prostitutes to come to a villa paid for by Oxfam, where he would have “sex parties.”

He left Oxfam in 2011 while the organization was still investigating sexual misconduct claims against him.

For his part, van Hauwermeiren denies the prostitutes and sex parties, though he does admit to having “intimate relations” with a woman in Haiti. In an open letter to the Dutch press, he admitted to committing errors, while simultaneously pulling the “I’m only human” excuse:

“I’m not a saint, I’m a man of flesh and blood and have made mistakes (not easy to admit),” said van Hauwermeiren, “And I am deeply ashamed.”

The scandal is already having serious repercussions. Archbishop Desmond Tutu has resigned from his role as Oxfam ambassador, and Oxfam deputy chief executive Penny Lawrence resigned early this week. There is also talk of Oxfam losing some of its funding; the organization has already agreed to stop bidding for government funding within the UK. The organization receives the equivalent of almost $250 million in public funding every year, and the BBC reports that the scandal is already deterring members of the public from donating.

What’s your take on the controversy? Tell us @britandco.