What the Heck Is the Pegan Diet? 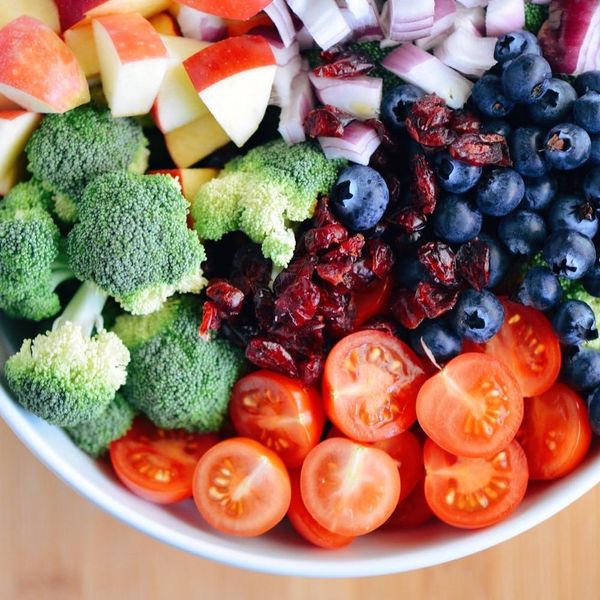 A new eating plan with a rather giggle-inducing name has been showing up more and more online and in print. What on earth is the Pegan diet? Pronounced “pee-gan” (hence the giggles), this trendy food philosophy purports to be a combination of Paleo and vegan. But if you’re familiar with the meat-heavy focus of Paleo and the no-animal-products approach of veganism, you may be scratching your head as to how exactly the two could coexist in a single diet. Here’s a look at where this surprising combo came from, what you can and can’t eat on it, and whether it’s truly a healthy choice.

Both the Paleo and the vegan diets have been around for quite some time. Paleo, also known as the “caveman diet” for its emphasis on free-range meats and limited grains, was popularized by professor Loren Cordain in his 2002 book The Paleo Diet. Veganism’s history stretches back even further: The term was first coined by British animal rights advocate Donald Watson in 1944 (incidentally, after other name options like “dairyban,” “benevore,” and “vitan” were rejected). But it wasn’t until 2014 that Dr. Mark Hyman, best-selling author and director of the Cleveland Clinic Center for Functional Medicine, decided to bring the two together in a hybrid intended to the harness the best of both.

Hyman states on his blog that, as he searched for the best diet to follow, he noticed the Paleo and vegan diets had something in common: Their commitment to “real, whole, fresh food that is sustainably raised.” Hyman was impressed by both the health benefits and environmental impact of this whole-foods focus — and thus the Pegan diet was born.

If a Pegan diet is part-Paleo, part-vegan, what exactly does this mean? Like Paleo devotees, Hyman believes that processed foods and most products of modern agriculture are harmful to the body (and, in some cases, the earth). Therefore, the Pegan diet recommends cutting packaged and processed foods from the diet as much as possible. Hyman also advises limiting legumes and gluten-containing grains, which he says increase blood sugar. Dairy is off the menu, too, with the claim that “for most, it contributes to obesity, diabetes, heart disease, and cancer.” Instead, says Hyman, when you do eat animal products — which make up about 25 percent of the Pegan diet — focus on pasture-fed meats, sustainably raised fish, and eggs.

Now for the vegan part of the equation: 75 percent of a Pegan plate is comprised of plant-based foods, especially fruits and vegetables. Whereas a true Paleo diet might stick to only certain types of fruits like berries or vegetables like leafy greens, the Pegan eating plan includes no such restrictions. Hyman’s guidelines for picking produce? “The deeper the colors, the more variety, the better.” All told, this combination of mostly fruits and veggies with meat as a side dish is intended to achieve a number of healthy outcomes. Some of the Pegan diet’s main aims include reducing blood sugar spikes after eating, supplying enough protein and healthy fats, and taking in fewer chemicals and antibiotics through food.

Is It a Healthy Way to Eat?

Since the Pegan diet has only been around since 2014 and was invented by a single practitioner, it’s probably best defined as a “fad diet.” In that case, is it actually good for your health? (News flash: Many fad diets aren’t.) On the one hand, it’s hard to argue with consuming organic fruits and veggies and sustainably raised meats. Each of these food groups offers necessary nutrients in an eco-friendly package. “While there have been no clinical trials on the Pegan diet, the emphasis on vegetables, fruits, heart-healthy fats, and minimally processed foods makes this a nutrient-dense diet,” writes dietitian Taylor Wolfram, MS, RDN, LDN, in Food and Nutrition, a publication of the Academy of Nutrition and Dietetics.

Still, some have pointed out that, on a Pegan diet, certain nutrients might go missing. Hyman’s eating plan instructs adherents to avoid dairy, beans, and gluten-containing grains — major food categories many health pros deem nutritious. “Telling people to avoid dairy products could be detrimental to the health of the consumer, since too many Americans fall short of numerous nutrients and there is overwhelming evidence of the benefits of dairy,” says dietitian Terri Verason, MS, RDN, FAND, VP of nutrition education for the Dairy Council of Arizona. “Consumption of milk, cheese, and yogurt can help meet recommendations for the under-consumed nutrients of concern: calcium, vitamin D, and potassium.”

“No evidence suggests that avoiding gluten, grains, dairy, and legumes is healthier for people who do not have allergies or intolerances to these foods,” notes Wolfram. “In fact, whole grains and legumes have been consistently linked with better health outcomes; limiting these foods may be difficult to sustain and could lead to nutrient deficiencies.” If you decide to go Pegan, you may need to be extra careful to get enough of micronutrients like calcium, vitamin D, and B vitamins. And, as with many fad diets that remove entire categories of food, you may simply need to get creative to keep things interesting.

RELATED: If You’re Tempted to Try the Carnivore Diet, Read This First

Sarah Garone
Sarah Garone is a mom, wife, nutritionist, and freelance writer in Mesa, AZ. She loves music and travel, speaks fluent German, and does a lot of running (to counterbalance the surprising amount of cookies she eats for being a nutritionist). Find her sharing great recipes and helpful nutrition info at A Love Letter to Food.
Health
More From Health