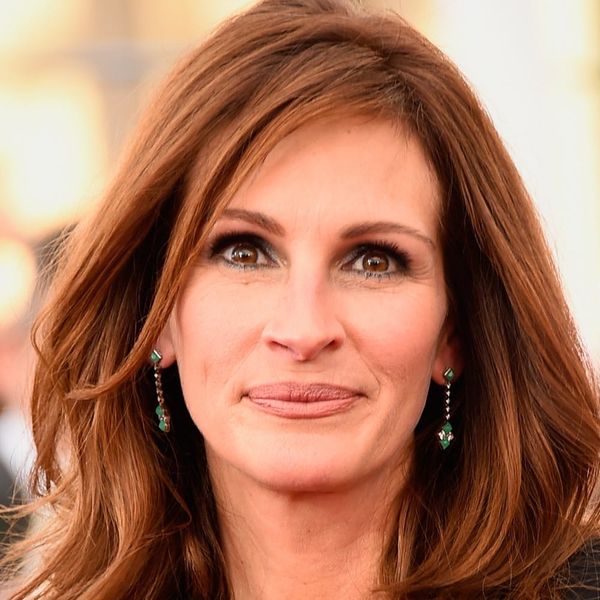 It’s been 26 years since Julia Roberts was named People’s Most Beautiful Woman for the first time at just 23 years old. Now 49, the Pretty Woman actress nabbed the title yet again for a whopping fifth time — a record for the magazine.

The countdown is over! Our favorite pretty woman #JuliaRoberts is PEOPLE's World's #MostBeautiful Woman — for a record fifth time! Roberts, 49, opens up about her happy 14-year marriage, her life with three kids and the secrets of her ageless beauty. Tap the link in the bio for more.

Speaking with the mag, Roberts recalled her outlook when she first received the title in 1991. “[I was] just very adorable and naïve and so happy to be invited to the party,” she says.

PEOPLE World's #MostBeautiful Woman #JuliaRoberts shares the sweet way she believes a person's beauty is measured, in an interview with editor-in-chief @mrjesscagle. Tap the link in the bio see more from @peopleewnetwork.

It’s perhaps that very happiness that makes the soon-to-be TV star so beautiful. After all, she says those who “seem truly happy” are the most attractive to her. “That’s the thing that attracts us to one another is that joy and how we wear it on our face. That brings a comfort,” she says. Roberts cites her 92-year-old neighbor as an example, saying, “She’s stunning… she just radiates, and I think it’s just because she’s happy in her life. That’s what makes everybody the most gorgeous.”

A stunning dress doesn’t hurt, either: The Money Monster star revealed that her favorite look of all had to be the black and white vintage 1982 Valentino gown (which she now keeps in a box under her bed) that she wore to accept her Oscar for Erin Brockovich in 2001.

Off-duty, however, she gets her glow by spending time with her family. “I think I’m currently peaking,” she says. She’s been married to cameraman Danny Moder for 14 years (“Every day my husband walks in the door, it’s like a recurring dream. I’m like, ‘Ah, he’s back!’”), and the couple shares twins Phinneaus and Hazel and son Henry together.

It’s their future that the Ocean’s Eleven star looks most forward to 26 years from now, when she’ll be 75. “I think if I can just grow gracefully-ish old and watch my kids grow up and realize their dreams and find their person in life and hopefully have a family and little creatures for Danny and I to spoil, that’s what the winter of life is supposed to be about,” she says.

What do you think of People’s pick? Sound off over @BritandCo.