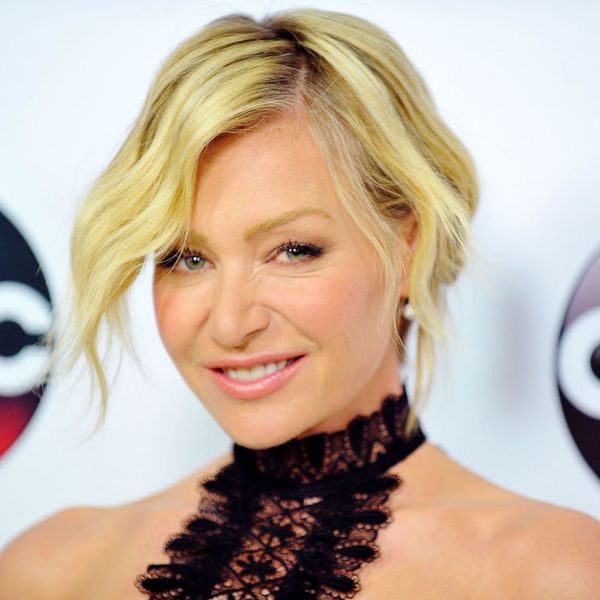 Portia de Rossi is (almost) done with acting. During an appearance on wife Ellen DeGeneres’ talk show, the Arrested Development star said season 5 of the Netflix comedy will be her last Hollywood gig.

De Rossi said she decided to back away from her on-screen career around 18 months ago, as she was approaching 45 years old. “I just kind of was wondering, is there something that I could tackle now that I’ve never done before that would be really challenging and different? I kind of knew what acting would look like for me for the next 10, 20 years, so I decided to quit and start a business,” she explained.

“Shonda Rhimes wrote me off Scandal,” she continued. “I called [Arrested Development creator] Mitch Hurwitz… and I said, ‘If there is a season 5, I won’t be doing it because I quit acting,’ and he seemed really understanding and he totally got it.”

Apparently he didn’t totally get it, because he wrote her into five episodes. “Don’t know how it happened, but yes, I am on season 5,” she joked.

De Rossi — who has also acted on shows including Ally McBeal, Nip/Tuck, and Better Off Ted — now has something new in the works. She’s the proud co-founder of General Public Art, an art curation and publishing company.

DeGeneres took to Twitter to support de Rossi’s venture, writing, “I am so proud of my wife.”

I am so proud of my wife. General Public Art is now for sale here. https://t.co/cqAlqtoDWc

According to the website, General Public Art aims to “bring good art to more people.” In a note about the venture, de Rossi wrote, “As a longtime art lover and collector, I became fascinated with the concept of reproducing paintings using 3-D technology because I believe the artist’s work should be shared by as many people who wish to own it and not just enjoyed by one collector.”

You can follow General Public Art on Instagram, and see de Rossi on season 5 of Arrested Development when it premieres on Netflix on May 29.

What do you think about Portia de Rossi’s decision to quit acting? Let us know @BritandCo!