Why You Should Consider Getting a Prenup 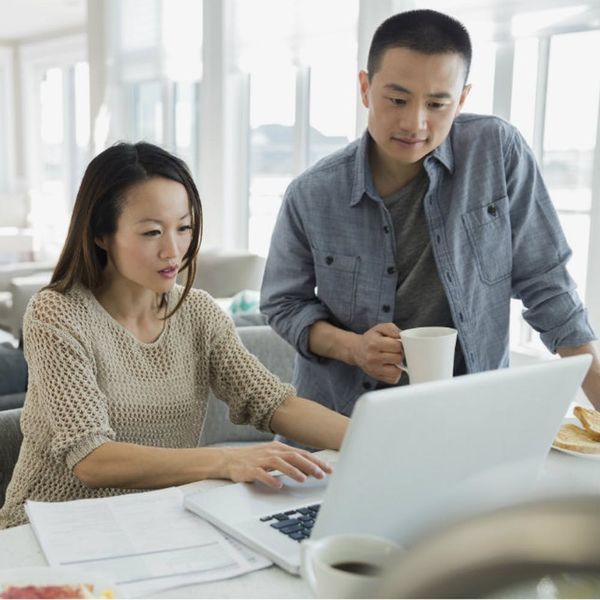 If you’re not married (and maybe even if you are), it’s likely that your knowledge of prenuptial agreements — more often known as prenups — comes mostly from Kanye West’s Gold Digger (holla, we want prenup!) and reality TV. This legal concept may seem relevant only to celebs and millionaires, but whether or not you actually “need” a prenup at this point, it’s important to understand what they’re all about. You may even be surprised to learn that getting this kind of agreement between you and your fiancé isn’t that far-fetched. In fact, prenups are five times more common now than they were 20 years ago. We chatted with some legal and relationship experts to learn the basics of prenups, which may help you avoid some awkward convos while you should be enjoying the fun of planning a wedding.

First thing’s first: Prenuptial agreements don’t need to be a scary, secretive idea. Discussing whether or not a prenup is necessary in your particular situation can actually be a way to speak more generally — and transparently — with your boo about finances, as well as the distasteful (but sadly, practical) reality of divorce. Prenups are also a necessary protection for many couples. To put it simply, getting a prenup means that your (or your spouse’s) assets are safe in the event of a death or divorce. Drawing up an agreement like this gives you and your partner the opportunity to determine “what belongs to who” should your marriage go south, which would (hopefully) save everyone time and stress in potential divorce proceedings.

“The prenuptial agreement is stereotypically thought of as a mischievous, romance-killing contract,” says divorce attorney Caleb Ballew. “In actuality, it’s a great legal mechanism for setting basic guidelines and eliminating uncertainty in marriage and possible divorce for both spouses.”

Who needs to be concerned with these guidelines? According to Ballew, prenups might be an especially smart move if you and/or your partner have been married previously or want to protect assets (money, property, etc.) for children from prior relationships. An agreement like this might also be a good idea if one person in the potential marriage earns substantially more income, or has a disproportionate amount of wealth compared to the other.

Even if you currently have a huge amount of student loan debt, a prenup may still be a smart idea. “A party at the beginning of their career who possesses the ability to earn a considerable income may want to consider a prenuptial agreement,” says attorney Mischelle Luckett. So if you’re entering a high-paying industry that will one day allow you to live fabulously debt-free, don’t rule a prenup out.

While prenups may be practical, they’re also a sensitive subject. “If one party initiates a prenuptial agreement, the other party may believe that [they] lack commitment to the pending marriage,” Luckett says. “Couples should view entering a prenuptial agreement as a joint venture, not a one-sided contract.”

HOW TO START THE PRENUP CONVO WITH YOUR FIANCé

If you think that a prenup might be the right choice for you and your S.O., Luckett suggests having open conversations about money. You should both talk honestly about your personal assets, debts, financial obligations, and money goals. From there, you should meet with an attorney as a couple to find out if an agreement like this makes sense in your situation. You might also need to work through any tension that rises to the surface as a result of the idea.

Patty and Greg Kuhlman, relationship counselors and founders of Marriage Success Seminars, echo the importance of facing that tension head on, even though the whole business of prenups can be downright unromantic. “Considering a prenup is just one among many non-romantic issues that couples should discuss together before marrying,” they say. “Avoiding talking about financial… [and] career issues is likely to lead to problems in the future. The last thing couples need is to be blindsided after marriage.” The Kuhlmans also say that it’s important for couples to have clear and accurate expectations of each other as they prepare to walk down the aisle — and the potential division of assets can be a major consideration for many.

If you do decide to pursue a prenup before you say “I do,” make sure to leave yourself plenty of time to complete the process. Caleb says that finalizing an agreement can often take no more than a few weeks (or a few days, if necessary), but wedding planner Sasha Souza has seen firsthand the consequences of couples who wait too long to openly discuss these legal matters — or who can’t agree on the best course of action and don’t tackle the issue head-on.

In these situations, “somebody who wants a prenup either gives the prenup to their partner last minute in the two weeks leading up to the wedding or the couple doesn’t get the prenup finished and signed before the wedding because they can’t agree,” Souza says. “In those scenarios, we’ve had to completely cancel weddings, had the couple go through their vows and finish the prenup later before having a justice of the peace wedding, or cancel and un-cancel the wedding all in three days’ time.”

Learn from those couples’ mistakes and start these open conversations early. And don’t be afraid to ask questions both of your partner and your trusty legal experts. Prenups might not be right for everyone, but if they’re right for you, having one in place will establish a level of trust about the material possessions that both you and your spouse-to-be bring to the relationship.

What do you think about prenups? Tweet us @BritandCo!

Alli Hoff Kosik
Alli Hoff Kosik is a freelance writer who is passionate about reading, running, rainbow sprinkles, her lipstick collection, watching embarrassing reality TV, and drinking pink wine. She lives in Brooklyn with her husband and (in her dreams, at least) three golden retriever puppies. Listen to her talk books on The SSR Podcast.
Engagement
Relationships
Engagement marriage money
More From Relationships