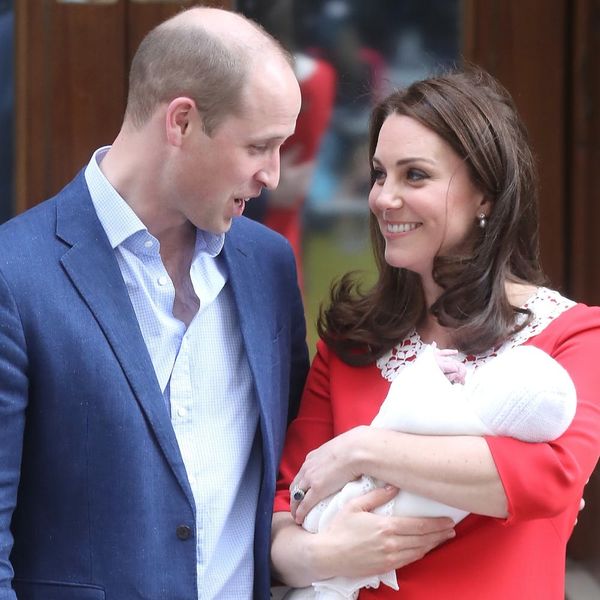 Ever since Prince William and Duchess Kate Middleton welcomed their third child, a baby boy, on April 23, the world has been busy analyzing how little Prince Louis’ birth compares to his older siblings’ arrivals. So far, one of the most noticeable details has been the littlest prince’s birth certificate, which is different from those of Prince George and Princess Charlotte in one big way.

The difference is visible at first glance — as seen in photos, Prince Louis birth certificate was typed out, while Prince George and Princess Charlotte‘s were handwritten.

The details on all three birth certificates are more or less identical — including the date and place of the baby’s birth, as well as the names, birth places, and occupations of the baby’s parents — although the typed information on Prince Louis’ certificate is admittedly easier to read (and no doubt to type, given the length of the royals’ various names and titles). All three of the birth certificates are signed by William.

In terms of other comparisons, Prince Louis made his public debut with his parents just hours after being born. With Prince George, his parents waited an entire day to appear in front of the Lindo Wing at St. Mary’s Hospital in London. With Princess Charlotte, the proud new parents emerged for their first photo op just 10 hours after her birth. One thing is the same across the board with the royal children, however: Prince Louis is just as adorable as his brother and sister.

Have you been following the royal family’s first few weeks with Prince Louis? Let us know @BritandCo!