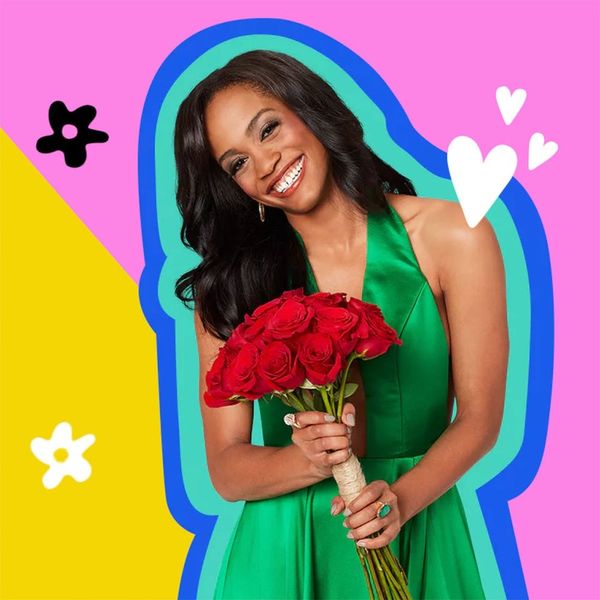 When a long-running reality television show breaks the mold, people pay attention. All eyes were on then-31-year-old Rachel Lindsay earlier this year after ABC cast her as its first-ever Black Bachelorette, the first Black lead in any of the Bachelor franchises after 33 collective seasons. (But no pressure or anything, right?)

Though the series has been hurting for diversity, Bachelor Nation was hardly surprised by ABC’s choice to appoint Lindsay as The Bachelorette season’s lead. Sharp, ambitious, and, oh yeah, drop-dead gorgeous, Lindsay quickly became a fan favorite on the previous season of The Bachelor — so viewers were, for good reason, disappointed when Bachelor Nick Viall sent her home after she advanced to his final three prospective partners.

It turns out Lindsay’s story was far from over. Just months after her heartbreaking departure from Viall’s season in Finland, Lindsay, a Dallas-based attorney and judge’s daughter, capped off her own season of the show with a classic (and rumor has it, six-figure) Neil Lane ring on her finger (as of November, she and fiance Bryan Abasolo are still engaged). But, as one would expect of a boundary-breaking reality TV saga, a picture-perfect love story doesn’t come without some heat. For Lindsay, that was the attention that came from being the First.

“I really do [feel it], because I know all eyes are on me,” Lindsay told PEOPLE. “They’re on me because I’m something new and different that they haven’t seen in this franchise before. With that, everyone’s going to have an opinion.”

In spite of the pressure surrounding her in her role as the Bachelorette— which didn’t always go smoothly — Lindsay boldly took on the challenge of getting what she wanted.

“There’s going to be a lot of judgment, and I can’t please everyone,” she said. “I thought to myself, ‘Do I really want to do that? Do I want to take on that challenge?’ — and I’m not one to run away from a challenge, so why not challenge myself and have the opportunity to get exactly what it is that I want for myself?”

While Lindsay’s narrative certainly exemplifies bravery in the face of pressure — and a lot of it —for her, getting the role wasn’t about being groundbreaking. It wasn’t about doing things “right” or “wrong.” Albeit historic, Lindsay’s journey on The Bachelorette wasn’t for anyone but herself: a strong woman willing to risk the perception of failure to find what she’s looking for.