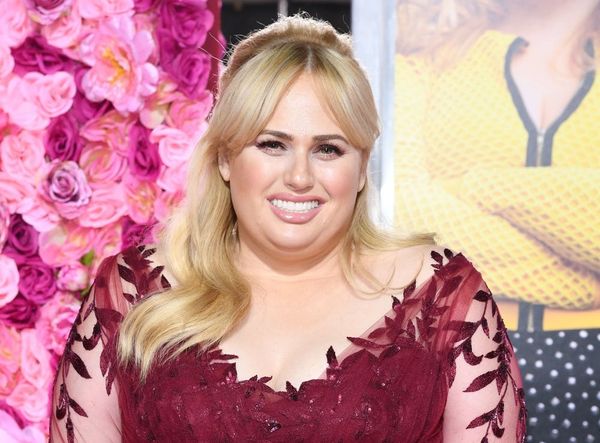 In the trailer for Rebel Wilson’s latest movie, Isn’t It Romantic, Wilson’s character, Natalie, suffers a head injury while fleeing the NYC subway to escape a mugging. This week, Wilson revealed that she also hurt herself in real life during filming and had to be rushed to the hospital.

According to the actress, though, it wasn’t complicated stunt work that led to her concussion, but something much more innocuous. “I was walking to meet [costars] Adam [DeVine] and Liam [Hemsworth] for a rehearsal when we were shooting an outdoor Hamptons scene, and I slipped down a grass hill,” Wilson revealed to People.

“I got a concussion and was rushed to the hospital for three hours, and then came back and filmed a 16-hour day,” she continued. “I thought, ‘How ironic, not from doing one of the crazy stunts, but from the grass having a bit of dew on it.'”

The mugging scene wasn’t without its own drawbacks, though. Wilson recalled the hazards of the location — and of the hot New York City summer. “I had to shower like five times,” she said. “The back of me was black from being dragged across the subway floor.”

After Natalie suffers her head injury in the movie, she wakes up to find herself living in an alternate reality where everything plays out like a romantic comedy. The film also stars newlywed Priyanka Chopra, who recently revealed that she and Nick Jonas would like to collaborate professionally one day.

“I don’t know how, but I’m pretty sure we will,” Chopra recently told Us Weekly. “We’re creative people and paths are bound to cross.”

Would you want to live in a romantic comedy? Let us know @BritandCo!