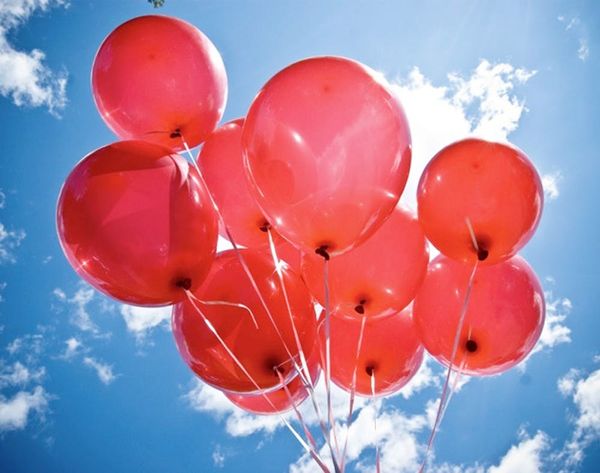 Musicians sometimes struggle when they want to cover a song in a way that’s interesting enough to capture public attention without losing the integrity of the music. So, when musician Andrew Huang decided to cover the iconic ‘80s song “99 Red Balloons,” he knew he had to go big or go home.

Yep, we didn’t believe it either until we saw it, but here it is:

We love how the song grows increasingly complicated, with Huang adding in the appropriate balloon parts as the music progresses. The silly, unique, and totally original approach to the classic tune makes us just want to get up and start dancing. We’ve got to give Huang some serious props for being so creative with his instruments. With only balloons, video editing and a few looped tracks, he manages to capture the essence of the ’80s in one short video.

And the song is actually pretty spot on compared to the original. Bravo.

And here’s a bonus. Huang is actually an accomplished musician in his own right, with an impressive array of original songs and more super creative covers of some of our favorite artists. Check out his YouTube channel and prepare to get sucked in for at least a few hours. (balloons image via technicolor76 on Flickr)

Do you like this silly cover as much as we do? Tell us your thoughts below!

Nora Landis-Shack
Nora is a writer, photographer, foodie and feminist. After living in New York City for 23 years, she recently moved San Francisco and can't wait to explore. When she's not pursuing her interests in health and technology, she loves hiking, yoga, playing piano and squealing over kittens as an ASPCA volunteer.
Balloons
Home News
Balloons Music YouTube