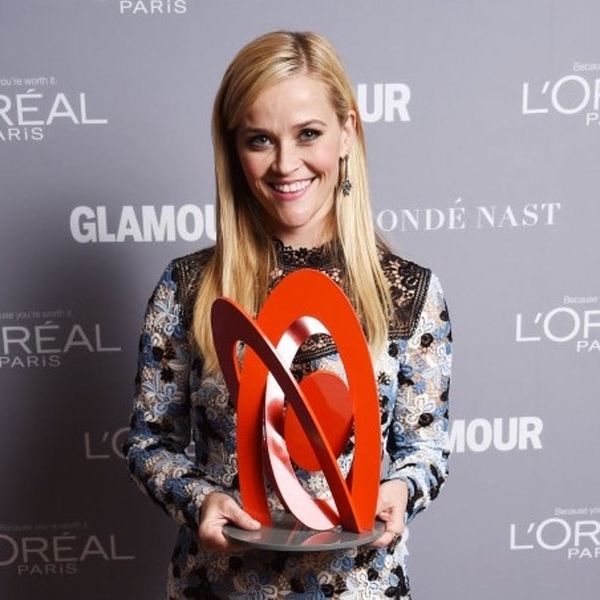 Several of the characters Reese Witherspoon has portrayed over the years have been extremely inspiring, like June Carter Cash and Cheryl Strayed, but there is perhaps no one more entertaining or arguably inspiring as Elle Woods from Legally Blonde. In fact, Reese loves this character so much that at last night’s Glamour’s Women of the Year Awards, she credited the famous blonde lawyer for pointing her in the direction of forming her own film company.

But it was not an easy journey, just like it wasn’t for Elle Woods. Back in 2012, Witherspoon talked to seven studio executive heads about women-centric films. “At the end of the meeting, I sort of casually brought up, ‘So, how many movies are in development with a female lead?’ I was met with nothing, blank stares, excessive blinking, uncomfortable shifting.” Witherspoon was shocked by this response.

“I’ve made movies all my life for 25 years since I was 14 years old. It was time to turn to myself and say, “What are we gonna do now? Okay, Reese. What are we gonna do now? And the answer is really clear. My mother, who is here tonight, very strong, smart, Southern woman said to me, ‘If you want something done honey, do it yourself.’ So I started my own production company, Pacific Standard Films, with a mission to tell stories about women, and I was nervous y’all,” Reese said in her speech. “But like Elle Woods, I do not like to be underestimated.”

And clearly those studio heads did underestimate her. “Our company isn’t just thriving because it feels like a good thing to do. It’s thriving because female-driven films work. This year alone, Trainwreck with Amy Schumer, Melissa McCarthy’s Spy, Pitch Perfect 2, Cinderella, the Hunger Games franchise, those made over $2.2 billion worldwide. Films with women at the center are not a public service project, they are a big-time, bottom-line-enhancing, money-making commodity.” Women are so much more complex than the ones we see on screen, she added.

A huge thank you to Reese for telling those stories. But also, to Elle Woods for inspiring her.

Who gave YOU the best advice ever? Tell us in the comments below.

Meredith Lepore
Meredith is a freelance writer/editor who writes for Levo League, Bustle, Refinery 29, Instyle.com as well as magazines including Marie Claire, SELF, Women's Health and Cosmopolitan. Before going freelance she was Editor in Chief of the women's career site The Grindstone. She earned her Masters in Magazine, Newspaper and Online Journalism from the Newhouse School at Syracuse University. Meredith resides in New York full time and enjoys SoulCycle, jogging and playing with her Yorkshire Terrier Otis, who also loves SoulCycle.
Reese Witherspoon
Pop Culture
Reese Witherspoon
More From Pop Culture