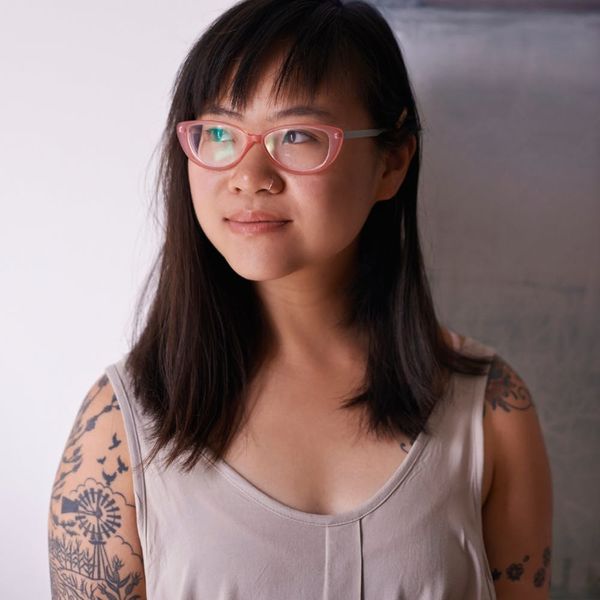 We’re all for tattoos (currently lusting after these rose tats — so much pretty!), but there are some instances when we really wish that permanent wasn’t so… permanent. You know, like if you weren’t *fully* paying attention to the spelling of that inspirational quote, or your ex’s face is currently haunting not only your dreams, but your ribcage (have we learned nothing from Kaley Cuoco?). There’s also just your natural growth as a human being, so maybe that thing you loved at 18 that you thought would make a rad tattoo isn’t quite what you’d choose for yourself at 30. But the days of kicking yourself over that less-than-employer-friendly piece might be numbered (!)

While laser and new, alternate removal options do currently exist for those with current tat regrets, a startup company made of NYU students and grads (collectively named Ephemeral) is working to make new ink procedures a heck of a lot more commitment-phobe friendly. For starters, they would replace current inks (which are made up of molecules that are too large for our body’s natural defenses to break down) with smaller molecule inks, giving them the ability to fade over time — a year or two, tops. It would also enable tattoo artists to speed the process along through the use of a dissolving solvent, which could be traced over tattoo lines to make them disappear.

The company hopes to have its product on the market within the next five years. This would obviously be a huge game-changer for the industry, allowing those who just can’t commit to, well, life, a chance to finally pursue those body art dreams. Here’s hoping it’s a go!

Would you get a tattoo if it faded within two years? Let us know over @BritandCo!

Nicole Briese
Nicole is the weekend editor for Brit + Co who loves bringing you all the latest buzz. When she's not busy typing away into the wee hours, you can usually find her canoodling with her fur babies, rooting around in a bookstore, or rocking out at a concert of some sort (Guns N' Roses forever!). Check out all her latest musings and past work at nicolebjean.com.
Tattoos
Beauty News
Tattoos
More From Beauty News