We Knew It! Intelligence Genes Mostly Come from Moms 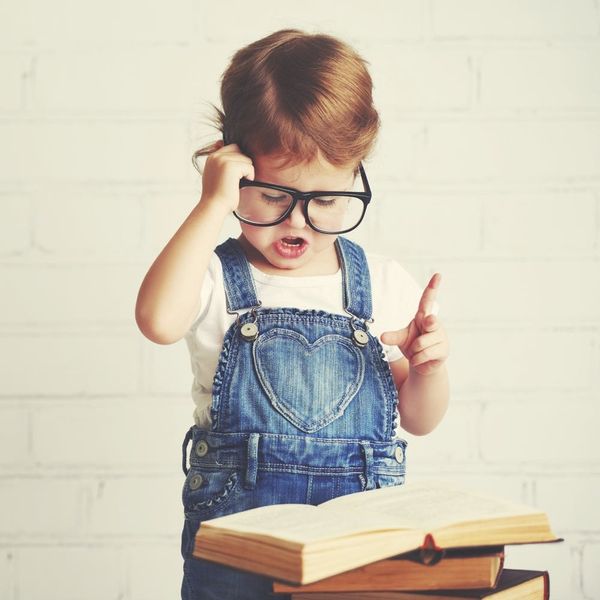 Hey Mama, it looks like your little one’s super-smarts come from you after all! We’ve all had a sneaking suspicion that intelligence was totally tied to your mom’s awesome genes, but now research backs it up. Yep, that’s right — lady genes are the ones that actually impact your baby’s intellect, at least according to a recent article from the journal Human Molecular Genetics.

The article points to two studies that both show that intelligence is linked to the X chromosome. The crazy part is that the studies started off looking at the connection between X chromosomes and genetic disorders involving intelligence. Apparently, our X chromosomes are overly packed with intelligence-influencing genes. And since women have two X chromosomes, children are twice as likely to get their IQ from Mom.

Now before you start filing college applications, know this: It’s not 100 percent all from you. Researchers at the Social Sciences Genetic Association Consortium found three gene variants that may result in smarter than average children. In order to get the full effect, the child would need two of these genes — one from each parent. There goes the “It’s Mom only” idea. Even if these variants are really, truly responsible for slightly more intelligent children, it’s important to note that their influence isn’t nearly as powerful as genes for other traits (such as how tall your child will eventually be).

And of course, it’s not all genetics. Even if you are the bearer of the best intelligence genes possible, the environment also has some pull. Then again, when it comes to nurture, it might also be YOU that’s helping your baby eventually become supremely smart. From reading to her since day one to the time you’ll spend finger painting and getting messy with clay play, the imaginative and (honestly) awesome environment that you’re creating is also working to expand your child’s intelligence.

Chances are that it’s a complex interplay between your genes, your baby daddy’s genes and how you’re raising your child. There’s no one magic key to intelligence — at least, not that anyone has found yet. But, maybe your little smarty will grow into the scientist who makes that discovery someday.

Do you think it’s nature or nurture that makes children smarter? Share your thoughts and tweet us @BritandCo !

Erica Loop
Erica Loop is a freelance writer living in Pittsburgh. When she's not busy creating kids' activities for her blog Mini Monets and Mommies, you can find her trying to hang out with her teenage son, being chased by her two Olde Boston Bulldogs or teaching a children's karate class (she's a third degree black belt!).
Home News
More From Home News