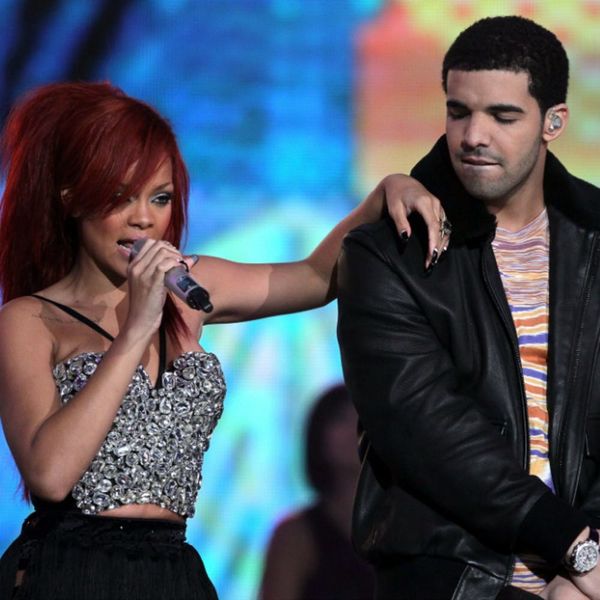 I can’t get any work done for listening to Rihanna’s new single “Work”!

It took less than 90 minutes for the long-awaited single, featuring fave collaborator Drake, to hit #1 on iTunes today. It is rumored to be just a taste of what’s to come when her eighth album Anti is released later this week.

The tweets took off like a rocket after Rihanna’s announcement.

Followed immediately by accolades from fans.

Permanently waving your faves goodbye from the #1 spot after the entire #ANTI album drops. pic.twitter.com/1KgOK6Z9Ya

And opinions from a multitude of publishers and music news beats.

The most quoted phrase from the song is already “If you had a twin I would still choose you.” Maybe it’s the way Drake sings it.

We can of course, purchase it on iTunes or stream through Apple Music. But for those of us hoping to catch an earful for free on Spotify or YouTube we are SOL right now. For a limited time you can listen to the full song at Tidal — a music platform that is new to the U.S. (Rihanna is said to be a backer.) At first there were complaints from people who didn’t want to register with Tidal just to hear. But I was able to listen to the full song multiple times without signing up. I just clicked the video icon on Rihanna’s photo on the Tidal home page to start the audio track.

It is catchy! In my opinion Drake is the cherry on top here. His vocals come in over Rihanna’s edgy, slightly Caribbean-accented chant like a drizzle of smooth caramel. The two have worked together before to the same effect. This is their third collaboration on a single after her “What’s My Name?” and his “Take Care”.

So, will “Work” be another hit for them? I’m no expert but, girl, I’ve been singing this song for a good half hour and can’t get it out of my head. Ear candy for this everyday people — and that’s always a good sign.

Did you listen to “Work”? Tweet us at @BritandCo!

Sally Jones
Sally Jones is a writer and editor living in New York City. She has worked at many websites including iVillage, Ladies Home Journal, More, Parenting, Cosmopolitan, The Knot and YourTango, in jobs ranging from editor to COO. Renovation and interior design are her unhealthy obsessions hobbies. She has renovated every home she's lived in, including the rentals, and like... whoa, who does that? You can catch her at her blog Renov8or.
Music
Celebrity News
Music
More From Celebrity News