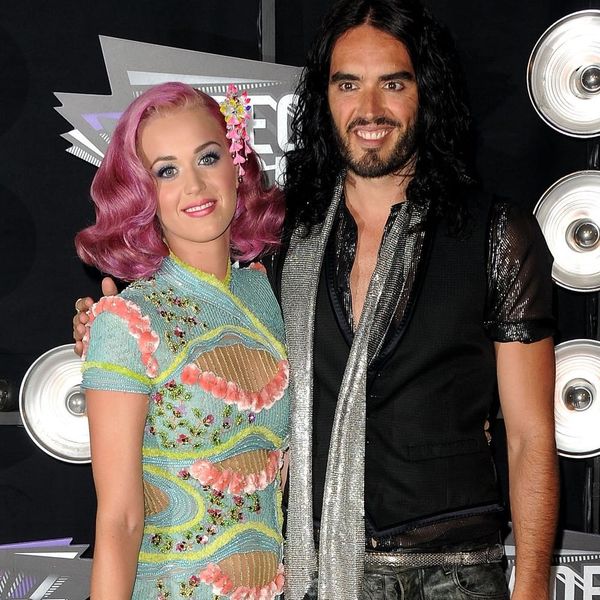 Katy Perry’s former beaus have been seemingly doing a lot of reflection lately. Just days after her ex-boyfriend John Mayer dished to the New York Times about how hard their breakup was for him, saying that it inspired several of his new tracks, her ex-husband, Russell Brand, is breaking his silence about the end of their union, as well.

Though Perry has spoken out about their split on multiple occasions, telling Marie Claire that Brand’s desire to have children before she was ready played a large part in their demise, the funnyman has offered little insight into their failed marriage, even to Perry — the singer told Vogue back in 2013 that he hadn’t spoken to her since he texted her to say he wanted a divorce.

The new father, who welcomed a baby with fiancé Laura Gallacher back in November, has now opened up to John Bishop on the W Channel about their union, revealing the reasons that he believes they couldn’t make it work.

“Katy was obviously very, very occupied and very busy. I was very occupied, and very busy — not to the same degree, I recognize… the marriage didn’t last a very long time, and I think that is to do with the undulated nature of fame and that, living in those conditions and what was happening,” he said.

Still, he says there’s no hard feelings on his part today. “I have come away from that experience,” he said. “I still feel very warm towards her. I feel like, when I hear about her or see her, ‘Aw, there’s that person. There’s that person in the world.’”

No word on whether or not Perry feels the same.

Do you buy Russell’s fame blame? Tell us over @BritandCo.

Nicole Briese
Nicole is the weekend editor for Brit + Co who loves bringing you all the latest buzz. When she's not busy typing away into the wee hours, you can usually find her canoodling with her fur babies, rooting around in a bookstore, or rocking out at a concert of some sort (Guns N' Roses forever!). Check out all her latest musings and past work at nicolebjean.com.
Celebrity Breakups
Celebrity News
Celebrity Breakups Katy Perry marriage