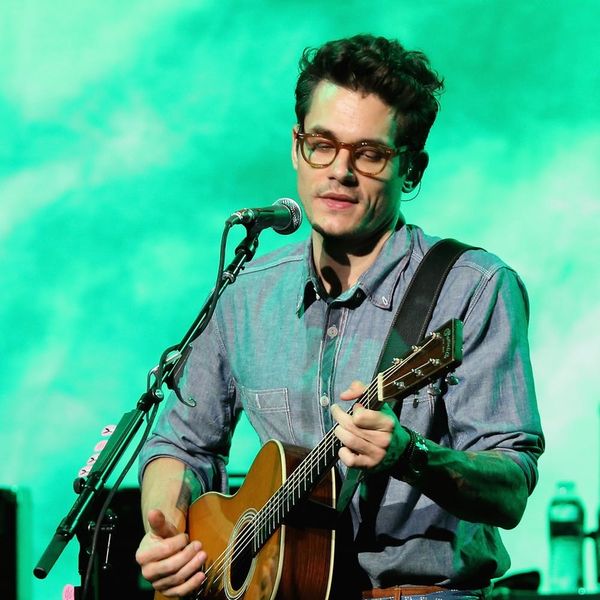 John Mayer has never shied away from personal questions. His candor about past relationships has become one of his trademarks — both in interviews and in his music. And with his new album, The Search for Everything, he’s staying true to form, admitting in a profile with The New York Times that his very famous ex, Katy Perry, inspired some of the tracks.

The song, “Still Feel Like Your Man,” is all about missing someone who’s gone. When asked by reporter Joe Coscarelli whether it was written about Perry, Mayer said simply: “Who else would I be thinking about?”

“And by the way, it’s a testament to the fact that I have not dated a lot of people in the last five, six years,” he added. “That was my only relationship.”

While Perry wasn’t Mayer’s first high-profile girlfriend — his famous exes include Jessica Simpson, Jennifer Aniston, and Taylor Swift — she’s the one he seems the most hung up on.

Other songs on the album, including “Moving On and Getting Over” and “Never on the Day You Leave,” suggest Mayer took their breakup hard. “There were times when tears came out of me, and I went, O.K., John, this is not about an on-again, off-again relationship,” Mayer said of his recent songwriting process. “This is something more profound.”

His profound feelings may be why, despite joining an unnamed dating app, Mayer insisted he’s been keeping a low profile lately.

His lyrics to “Still Feel Like Your Man” drive the point home.

Still think I’m never gonna find another you/Still like to leave the party early and go home, babe/And don’t you know, babe/ I’d rather sit here on my own and be alone, babe/’Cause I still feel like your man.

Still, don’t expect the music video (below) to feature Mayer making out with a Perry lookalike. “I’m not gonna ever roll around in bedsheets again,” Mayer stated.

Here’s to heartbreak and learning from it.

What do you think of John Mayer’s new song? Tell us @BritandCo!

Rachel Davies
Rachel Davies is a writer, curator, and editor. Apart from writing, Rachel loves to read, take Greyhound buses, and drag her friends to museums every weekend. You can find Rachel over on Twitter @rachelcomplains.
Celebrity Breakups
Music
Celebrity Breakups Music
More From Music