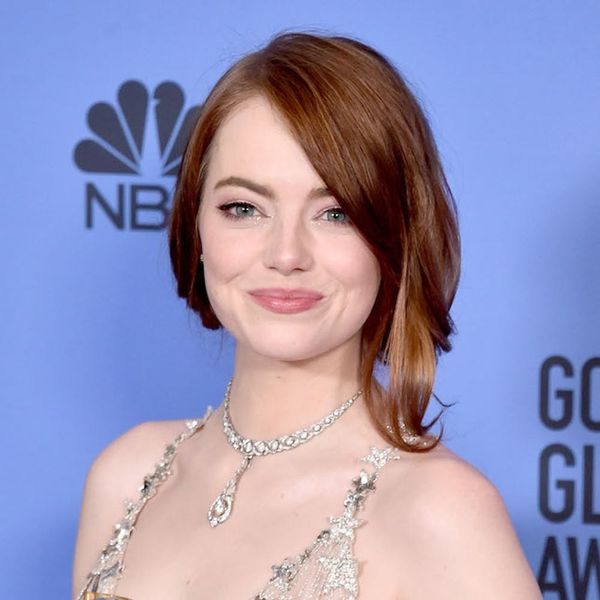 Lotsa Golden Globes tidbits and some news about Kim K’s Paris robbery suspects lead this morning’s top news stories. Check those and more out below.

Emma Stone's awkward reaction to her double hug w/ Damien Chazelle was hilarious/reminded me of this: https://t.co/WK2P2hl2tZ #GoldenGlobes pic.twitter.com/Mww9hEPoaf

1. While Meryl Streep might have taken the Golden Globes cake with her impassioned speech against Donald Trump, Emma Stone should be given a special award on how to super awkwardly go in for a hug and be denied. In the clip above, Emma is seen going in for a congratulatory squeeze with La La Land writer/director Damien Chazelle, when he instead turns to his girlfriend. It is a HARD CURVE, and Emma, looking mortified, can be seen saying, “That was weird, I’m sorry!” Honestly same.

Christian Slater's face listening to Tom Hiddleston's "people in South Sudan love me" speech should be on US currency. pic.twitter.com/8HbZScXbH2

2. Twitter was SO savage about Tom Hiddleston’s Globes acceptance speech. While Tom Hiddleston took home a Golden Globe Sunday night for his role in The Night Manager, a show about the secret arms trade, he veered into a strangely timed story about his recent trip to South Sudan where Doctors Without Borders he met admitted to loving the show. It was well intentioned, but some of the crowd reaction shots Twitter was sharing told the REAL story — that it seemed out of place, tone deaf and ultimately a bit braggy. Christian Slater, we feel you.

3. Donald Trump responds to Meryl Streep’s speech like clockwork. During Meryl’s speech, in which she blasted Donald Trump’s examples of disrespect, among other things, the internet seemed to be waiting for one sure thing: Trump’s response. It came exactly as anticipated, at around 6am (seemingly Trump’s prime tweeting time), and called Meryl “overrated” and a “Hillary flunky,” then went on to defend himself against her calling out his alleged mocking of a disabled reporter on the campaign trail, saying the media was dishonest. Same ol’.

This guy is always in my shot!

4. Major arrests have been made in Kim Kardashian’s Paris robbery. According to several reports from French media, police have arrested and continue to question up to 16 suspects who could be connected to Kim Kardashian‘s October robbery. In a recent promo for the upcoming season of Keeping Up With the Kardashians, Kim is seen discussing the incident with her sisters for the first time, and is understandably super emotional. Hopefully this news gets her a little closer to some closure. (h/t E! News)

5. Chris Hemsworth’s kids watching him on the Golden Globes should get ALL the awards! As Chris and Elsa — our fave low-key celeb couple on Insta — enjoyed a night out at the Golden Globes, their adorbs three kids were having their own party watching Dad on TV at home. “Watching Papa on TV,” read the caption on the pic originally shared by Cristian Prieto, who was potentially pulling babysitting duties. Too cute.

6. Quote of the day: “This is for all of the women, women of color and colorful people, whose stories, ideas, thoughts, are not always considered worthy and valid and important. But I want you to know that I see you. We see you.” Black-ish star Tracee Ellis Ross gave an inspiring speech when accepting her Globe for Best Actress in a TV Comedy or Musical — the first time a black woman has won the award since 1982.

What did you think of this year’s Golden Globes? Let us know over @BritandCo!