Why Women Need to #SaytheFword and Stop Fertility Taboos 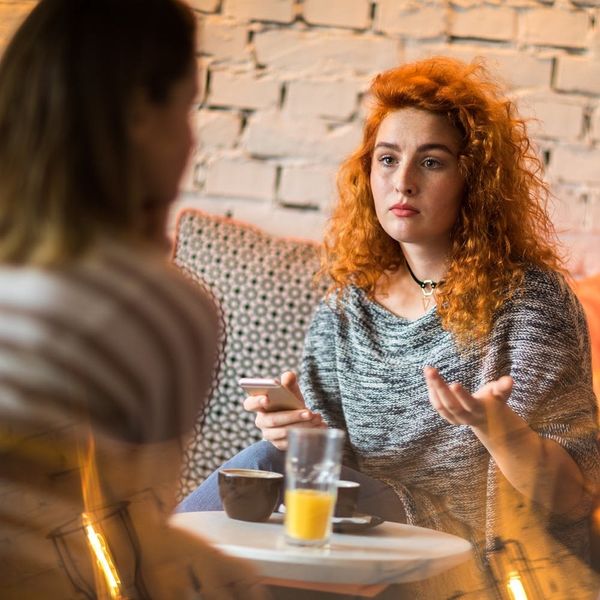 How comfortable are you discussing your fertility? If you’re like most people, you’d rather avoid conversations about birth control or egg freezing because they’re too personal or embarrassing. But a campaign from biotechnology company Celmatix wants to help you talk about the “F” word (fertility) with confidence. We talked with Angie Lee, CPO of Celmatix, to find out more.

What is the #SaytheFword movement?

Celmatix is a biotech company that focuses on women’s health. Lee explains that, over the past five years, Celmatix surveyed thousands of women on a wide range of topics related to reproductive health. One important theme that emerged was that fertility is still treated as a taboo subject and only talked about in whispers.

When Celmatix started to research the topic of fertility stigmas, the company realized it was a big issue for many people. “We conducted this survey knowing that fertility was a taboo topic for women, but we didn’t know the extent of the problem. Here are the facts: One in five women who experience a miscarriage don’t even tell their partners. About 75 percent of women who have undergone or are exploring fertility treatments don’t talk to their friends about it. The shame, guilt, or fear that drives this silence takes a toll. According to Harvard Medical School, a study found that women with infertility felt as anxious or depressed as those diagnosed with cancer. No one should have to suffer through these experiences alone, especially because they’re so common,” Lee shares.

This year is already kicking off with some tremendous momentum behind women’s issues. Across the board, we’re proving that women have the power to come together and do what’s right, perhaps more than ever before. Celmatix believes it’s time for everyone to feel comfortable talking openly about their lives, starting with their reproductive health. It launched the #SaytheFword movement to inspire women to make 2018 the year they finally break fertility taboos.

Lee tells us that the response to #SaytheFword has been overwhelmingly positive. “Every day since this campaign launched, we’ve heard from women thanking us for sparking this dialogue and empowering them to be more open about their fertility with the people in their lives, and that’s been incredibly gratifying and exciting,” she says.

Celmatix has seen an outpouring of support from people participating in the campaign and has heard from several companies interested in becoming campaign allies. “Across the country right now, we’re seeing women taking more and more opportunity to exercise control over their bodies and lives, and we see this as a natural part of that conversation,” Lee says. “It’s incredibly encouraging to see this level of interest so quickly.”

This is a great article. I’m trying to talk to friends about it, some are more receptive than others. But one asked her gyn yesterday about baseline blood tests for AMH/FSH levels, so yay! #saythefword https://t.co/vMDsEOv3CZ

I took the pledge to #SaytheFWord. Woman today should be able to talk about their fertility journey without feeling guilty or stigmatized. #EndTheStigma #TimetoTalk #1in8 @resolveorg https://t.co/QVcxPnc00I

Stop the stigma around woman’s reproductive health. There should be no shame in speaking publicly. I have endometriosis. I have adenomyosis. I have recurring cysts and polyps. I have pelvic congestion syndrome. And I want to be a mom again. Help make that happen #SaytheFword (1)

“When we take the pledge to talk about our #fertility, not only do we feel less alone, but as a community, we increase our ability to win together (#collectivebargaining #healthbenefits #ivf #maternityleave what what) …” – via endo_sucks

“I #saytheFword because I struggle. When several doctors told me that getting pregnant again was going to be a tough uphill battle, it was difficult to hear.. So many hide their struggles, I always choose to be open. I choose to tell my stories so that others struggling won’t feel alone. Say the F word with me.” – via thejasminev

HOW YOU CAN JOIN

Ready to join? Sign up to take the pledge at WesaytheFword.com and Celmatix will donate $1 (up to $25,000) to a nonprofit of your choice. They’re challenging everyone to get three of their friends to take the pledge. The more people who serve as examples of openness and honesty around this topic, the easier it becomes for others to follow in their footsteps.

It’s time to end fertility taboos and talk openly about our health. Are you ready to join the #SaytheFword movement?

From Your Site Articles
Lana Bandoim
Lana Bandoim is a freelance writer and editor. Her work has appeared on Yahoo! News, CNN iReport, The Huffington Post, Lifescript, Healthline, and many other publications.
Healthy Living
Health
Healthy Living Pregnancy Womens Health
More From Health