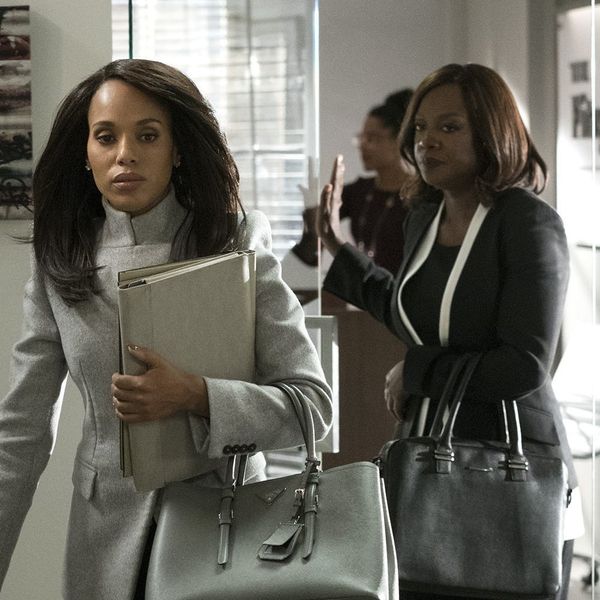 ABC’s #TGITCrossoverEvent on March 1 is shaping up to be a big night. In addition to the Grey’s Anatomy-Station 19 episode, Shondaland is giving us a Scandal–How to Get Away With Murder crossover that will see two of our favorite female TV characters join forces for a common goal. And now we have a look at their meeting.

In a pair of trailers just released by ABC, we see Kerry Washington’s Olivia Pope and Viola Davis’ Annalise Keating come face to face for the first time. “They’re saying I’m a hot mess,” Annalise tells Olivia, who replies fiercely, “This is my town, my game, my rules.”

While the trailers don’t give us many details about the story for the double crossover, an episode description from ABC explains that Annalise pays Olivia a visit to ask for “her help in fast-tracking a judicial reform class action to the United States Supreme Court. However, after Olivia’s recent fall from political grace, it’s going to be more challenging than ever to get the support they need.”

The crossover airs Thursday, March 1, starting at 9pm, with two separate but connected episodes: Scandal‘s “Allow Me to Reintroduce Myself” and How to Get Away With Murder’s “Lahey v. Commonwealth of Pennsylvania.”

Watch the trailers below and prepare yourself for some seriously intense legal drama.

Are you excited for the Scandal–How to Get Away With Murder crossover episodes? Let us know @BritandCo!