Sci-Fi Feminist Trailblazer Ursula K. Le Guin Has Died, and We Owe Her a Lot 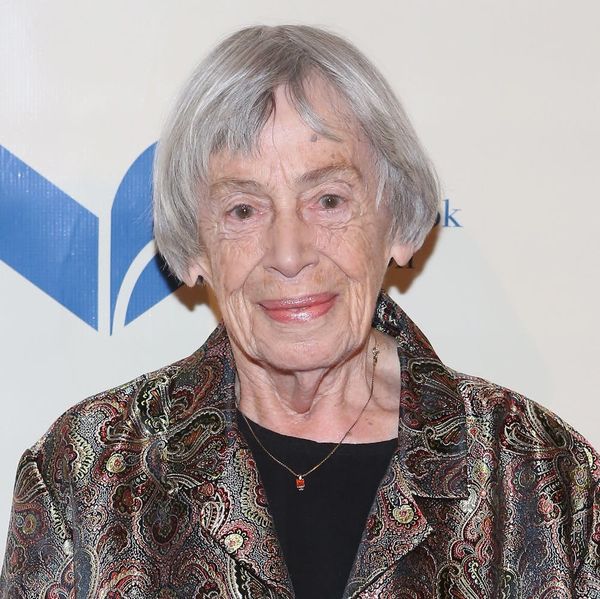 If you’re not familiar with Le Guin’s epic body of work, it’s time to get reading. Though she is perhaps best known for her science fiction and fantasy novels — The Left Hand of Darkness and the Earthsea series are the most well-known — it seems there isn’t a genre the writer hasn’t touched. As the New York Times points out, she wrote more than 20 novels, 12 volumes of poetry, more than 100 short stories, seven essay collections, 13 children books and five volumes of translation (from Chinese and Spanish!).

Le Guin treated writing sci-fi and fantasy as a serious and intellectual pursuit, using complex and tightly structured narratives to ask difficult questions about the social constructs we inhabit. In perhaps her most popular novel, The Left Hand of Darkness, Le Guin describes a genderless world in which inhabitants can move fluidly between male and female. It went on to be considered the first example in an emerging genre: feminist science fiction.

If it’s a genre you think you’ve never encountered, think again. Margaret Atwood’s The Handmaid’s Tale falls squarely into the category, and Atwood herself had much to say about Le Guin in light of her passing.

“In all her work, Le Guin was always asking the same urgent question: what sort of world do you want to live in?” Writes Atwood in a piece published Wednesday in The Guardian. “Her own choice would have been gender equal, racially equal, economically fair and self-governing, but that was not on offer. It would also have contained mutually enjoyable sex and good food: there was a better chance of that.”

Le Guin lived well into her eighties, but she was far from retired. In 2015 she started an online writing workshop, and she continued to work as a reviewer for The Guardian until as recently as last year. She also used her blog to voice her opinions on the news of the day, from immigration reform to reproductive rights to environmental protection (there are also some pretty great photos of her cat, Pard, who features regularly).

Le Guin lived a full and incredibly productive life, and left the world a much richer place for the incredible body of literature — complex, instructive, and totally illuminating — that she left behind.

If you’re unfamiliar with her work but would like to check it out, LifeHacker and The Guardian both have some great suggestions on where to start.

Lia Grainger
Lia Grainger is a freelance journalist and reluctant nomad who divides her time between Canada and Spain, weather dependent. She's written for The Atlantic, Reader's Digest, the Toronto Star and other print and online publications, and her work appears in dozens of languages around the world.
Books
Empowerment
Books
More From Empowerment