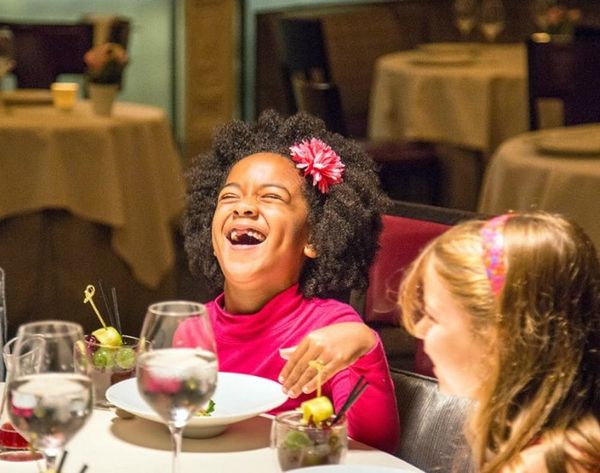 There’s a new trend in the foodie world, and surprisingly it isn’t bacon-wrapped, fried or combined from our favorite candies. Nope, this is a little more personal and a heck of a lot funnier. Publications in New York and San Francisco are taking kids out to some of the most coveted restaurants and meals in the country and documenting their reactions. Haute cuisine hilarity ensues.

When second graders were taken to New York’s Daniel, arguably one of the best spots in the city, chef Daniel Boulud was ready to expose the kids to new flavors and textures. The kids, however, were less enthusiastic. Still, they gamely tried cured Hamachi, fish eggs and Wagyu beef. And even though their favorite courses were the bread, mocktails and desserts, at least they gave it a shot, right?

The Bold Italic in San Francisco runs a series called “A Four Year Old Reviews [Restaurant] With Their Face,” which takes young children to top spots like State Bird Provisions and the French Laundry. Yup, the places that *you* can’t even get into. The kids are photographed as they taste delicacies like scallops and quinoa. Even at the French Laundry, the top pick at the end of the meal is the bread.

Besides being comedy gold, the kids’ candid comments and surprised faces force us to take a step back and reflect on our obsessions with foie gras and caviar. No one’s denying these fancy pants foods are delicious. But is the hype surrounding them really worth it? Maybe next time you dig into that sea urchin and avocado flatbread, you’ll do so with a sprinkle of humor on top ;)

What do you think of this new take on foodie journalism? Let us know in the comments below!

Nora Landis-Shack
Nora is a writer, photographer, foodie and feminist. After living in New York City for 23 years, she recently moved San Francisco and can't wait to explore. When she's not pursuing her interests in health and technology, she loves hiking, yoga, playing piano and squealing over kittens as an ASPCA volunteer.
Foodie
Parenting
Foodie
More From Parenting