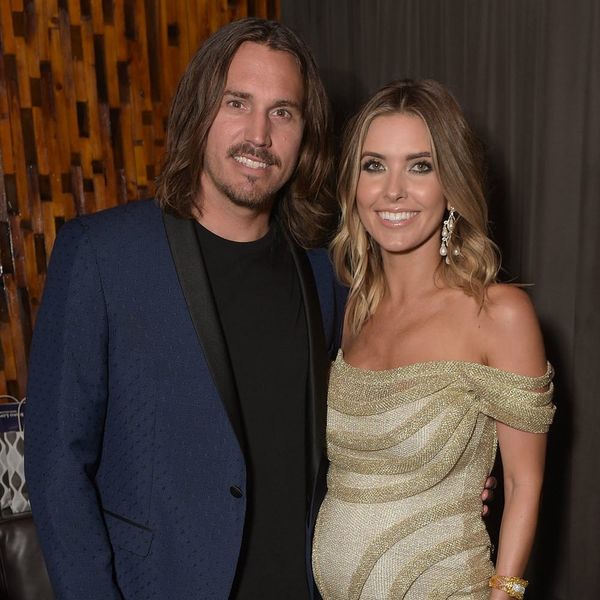 We were totally stoked to see that Audrina Patridge had gotten married in an intimate ceremony to her longtime sweetheart (and baby daddy!) Corey Bohan last weekend… except for the fact that there wasn’t much to actually see.

Sans for a few exclusive snaps from E!, Audrina and her new hubs kept their wedding photos largely under wraps, going MIA on social media with not so much as a tagged photo in sight: womp, womp.

A big congratulations to @audrinapatridge and her handsome hub @bowie82 on their Hawaiian paradise wedding! 🌺 #justinbobbynomore Photo via @usweekly / @jana_dillon | Event by @moanaevents

A post shared by Colin Cowie Lifestyle (@colincowielifestyle) on Nov 8, 2016 at 3:07pm PST

Now, the gorgeous couple, along with the vendors that helped them tie the knot, are FINALLY letting us in on their big day, sharing with fans their special and intimate moments of joy on Instagram, with promises of more to come on Audrina’s blog.

Audrina kicked things off by announcing the good news with this precious from-behind shot of her and Corey, he looking absolutely adorable in a pair of suspenders as Audrina’s train inspires awe. “It’s official!” she gushed. “We tied the knot Nov. 5 with family and friends. Mr. and Mrs. Bohan.”

Corey followed his bride’s lead, adding in a super sweet message about his new wife in the process. “Nov. 5 2016. Kauai, HI. I married my best friend and the love of my life. Celebrated with close family and friends.”

We got a peek at the wedding party from Audrina, who revealed it was her sisters, and NOT her former The Hills co-stars, that acted as her bridesmaids.

Giving us a better glimpse at her breathtaking dress was gown vendor Pallas Couture. “That back!” they wrote. “Our beautiful bride Audrina looks breathtaking in her custom Pallas Haute Couture gown.”

We are very excited to reveal the stunning #AudrinaPatridge tied the knot on Saturday to #CoreyBohan in a custom Pallas Haute Couture gown. We adored working with this gorgeous girl !!! See their beautiful wedding album at @usweekly 💞 @pallascouture #pallascouture

…and this triumphant snap post-ceremony.

Based on these photos, we can’t say we disagree. Congratulations, you two — these were totally worth the wait!

What do you think of Audrina’s stunning gown? Share @BritandCo.

Nicole Briese
Nicole is the weekend editor for Brit + Co who loves bringing you all the latest buzz. When she's not busy typing away into the wee hours, you can usually find her canoodling with her fur babies, rooting around in a bookstore, or rocking out at a concert of some sort (Guns N' Roses forever!). Check out all her latest musings and past work at nicolebjean.com.
Celebrity Wedding
Celebrity News
Celebrity Wedding Photography Wedding Photos
More From Celebrity News