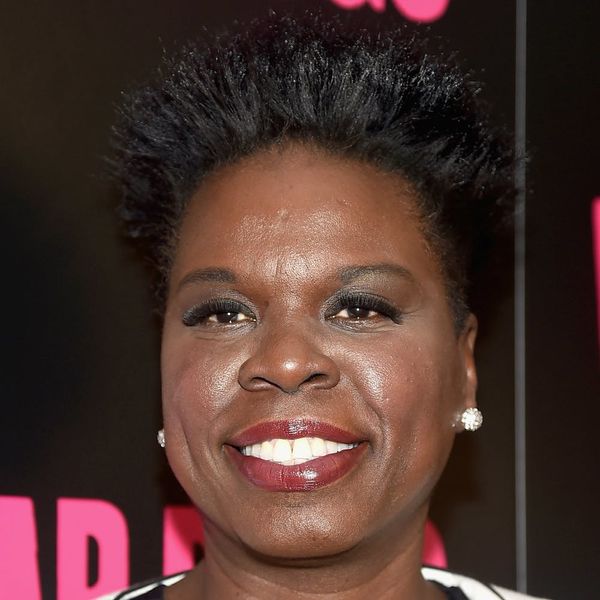 Though celebs such as Katy Perry, Lena Dunham and Octavia Spencer were quick to stand up for Leslie Jones in the wake of a vicious online attack, which saw nude photos of the actress posted to her website, along with personal info and racist subject matter, the Ghostbusters star herself has largely remained mum.

In fact, it’s been nearly two weeks since she’s uttered a peep on any of her social media channels, but last night, signs of life (!) began to stir on her page once more.

Leslie had an important message to send to the world, and it just couldn’t wait any longer, haters be darned. In a video uploaded to Twitter, Leslie took the opportunity… to profess her love for television’s Golden Girls.

That’s righttttt! Leslie’s first post-hack Tweet was prompted by none other than Dorothy, Rose, Blanche and Sophia.

The queen of commentary wasn’t without her reasons, however: “I don’t care what nobody say,” she says in the video. “These b*tches make me laugh no matter WHAT the hell Is going on. For REAL.”

There’s the Leslie we know and love!

And she didn’t stop there: Seemingly making up for lost time, she steady Tweeted through the night and right on into this morning, also weighing in on issues like the Cinnamon Toast Crunch commercials (“Is it me, or am I the only one that’s completely freaked out by these little commercials? She just ate him!”), the show Vice Principals, 100 Bullets books and her impending birthday, which comes on September 7.

Ok y'all must know I celebrate the whole week of my bday. Use to the whole month but I was young then lol. Now I just want to have fun!!

It wasn’t all fun and games, however: Leslie DID eventually take time out to address the situation at hand.

Thanks to my fans and friends! I'm soooooo ok really. And I will always be funny been through a lot in my life and I ALWAYS GET BACK UP!

Yet just two Tweets later, she was back to making us laugh, offering up a wish list of men to be her birthday week dates (watch out, Blake — Ryan’s a candidate)!

who will be my date this week?!a bitch can dream @MiguelGomez_ LAWD smh. @VancityReynolds he married but damn. Anybody in that category lol

We have a feeling there are PLENTY of fans that will be your date, Leslie.

Happy early birthday. And WELCOME BACK!!!

Are you excited to see Leslie back on social media? Tell us over @BritandCo!

Nicole Briese
Nicole is the weekend editor for Brit + Co who loves bringing you all the latest buzz. When she's not busy typing away into the wee hours, you can usually find her canoodling with her fur babies, rooting around in a bookstore, or rocking out at a concert of some sort (Guns N' Roses forever!). Check out all her latest musings and past work at nicolebjean.com.
twitter
Celebrity News
twitter
More From Celebrity News