Senator Al Franken Announces He Will Resign from the US Senate 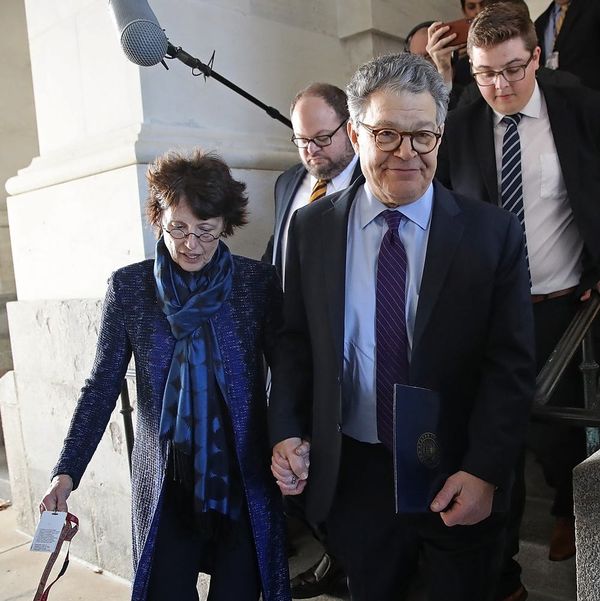 Minnesota Senator Al Franken announced Thursday morning that he will resign from his seat in the coming weeks. The announcement came in the face of a growing number of sexual harassment allegations and building pressure from his Democratic peers to step aside. He is the most prominent American politician to resign as a result of the recent widespread allegations of workplace sexual misconduct.

In a speech Thursday from the Senate floor, Franken spoke of his initial excitement as the national conversation around the #MeToo movement began gathering steam.

“Then the conversation turned to me,” said Franken.

The senator has been in the crosshairs since mid-November, when conservative LA news host Leeann Tweeden described being forcibly kissed by Franken while on a USO Tour in the Middle East. Several other allegations followed suit.

On Wednesday, writer Tina Dupuy wrote in The Atlantic about an alleged incident in 2009 during which Franken groped her while a photograph was being taken. Politico also ran a story on Wednesday describing the allegations of an anonymous woman who says in 2006 Franken attempted to forcibly kiss her.

By late Wednesday, NPR reports that 14 women and 17 male Senate Democrats had made public calls for Franken’s resignation.

In his resignation speech, Franken did not admit guilt or apologize.

“Over the the last few weeks, a number of women have come forward to talk about how they felt my actions had affected them,” said Franken. “I was shocked. I was upset. But in responding to their claims, I also wanted to be respectful of that broader conversation, because all women deserve to be heard and their experiences taken seriously. I think that was the right thing to do. I also think it gave some people the false impression that I was admitting to doing things that, in fact, I haven’t done. Some of the allegations against me are simply not true. Others I remember very differently.”

He did admit that it had become impossible to execute his duties as a senator while facing an ethics committee investigation of his conduct.

There is a national conversation happening about how we as a society should be dealing with the onslaught of high-profile accusations currently coming to light. Franken pointed out that the court of public opinion does not always met out justice equitably.

“I, of all people, am aware that there is some irony that I am leaving while a man who has bragged on tape about his history of sexual assault is in the Oval Office and a man who has repeatedly preyed on young girls campaigns for the Senate with the full support of his party.”

To fill Franken’s vacated seat, Democratic Minnesota Governor Mark Dayton will now have to appoint a successor, who will serve until a special election is held in 2018.

Tell us what you think of Franken’s resignation on Twitter @BritandCo.

Lia Grainger
Lia Grainger is a freelance journalist and reluctant nomad who divides her time between Canada and Spain, weather dependent. She's written for The Atlantic, Reader's Digest, the Toronto Star and other print and online publications, and her work appears in dozens of languages around the world.
Controversy
Politics
Controversy