Say What!? How to Track Your Daily Activity Using Your Socks 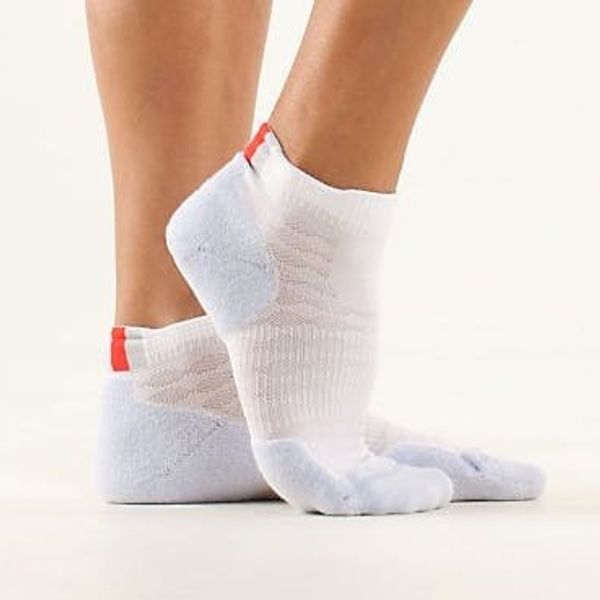 We know, we know. We’ve already talked a LOT about activity trackers in the past, but only because there are a lot of great, diverse options on the market. Plus, we are big proponents of folks tracking their daily activity. A healthier world is a happier and more creative world, right?

That’s right, a sock. Well, a sock and an anklet and an app, to be exact. In addition to having an accelerometer like most fitness trackers, it can also detect the way that you’re running. Your rhythm as well how your foot strike are reported so that you can make minor or major improvements to your technique. If you’re running in a way that could make you prone to injuries or slower than you want to be, the system will let you know.

While we’re afraid the ankle bracelet looks like the Lindsay Lohan version of “chic accessories,” we can’t deny that the tech is cool. And if our socks can serve as our running coaches, we’re down to look a little less fly than usual. Plus they come in different colors, so we may be able to avoid looking like we’re committing social suicide. (Hey, who are we to resist a Mean Girls reference?)

The Sensoria seems ideal for serious runners, or people who want to drastically improve their running form, as opposed to people who just want to get a little more active. Unlike a lot of other trackers, it doesn’t detect sleep or track your diet. Major lame points.

There are obviously a bunch of related products on the market, so let us break down three body tracking alternatives: