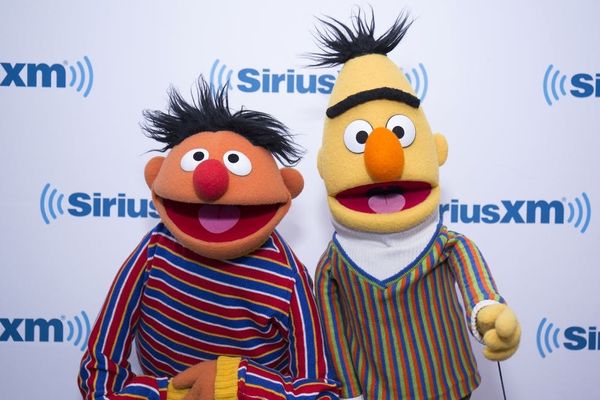 Sesame Street can pretty much do no wrong, and Ernie and Bert’s new parody of The Fresh Prince of Bel-Air theme song is the latest example of the beloved kids’ show’s greatness.

The original version of the popular ’90s sitcom theme told the story of how Will Smith (the character played by Will Smith the actor) went from living in Philadelphia to a much more cushy lifestyle with his rich relatives in California. Bert and Ernie’s version, on the other hand, describes how the two became best friends and roommates.

Bert was born on Sesame Street, and after leaving his mom’s house for his own, he had trouble making friends at first. (Thanks for nothing, Oscar the Grouch.) He kept his mom’s advice in mind, though: “Keep your head up, be kind, and you’ll find your way.”

Not long after, Bert saw Ernie playing checkers: “I said ‘hello’ when I got near / He said, ‘Oh, what’s that? I got a banana in my ear!’ / Wanna be friends who laugh, learn, and share? / Ernie pointed to the seat and said, ‘Sit right there.'” The rest, as they say, is history.

The cute clip is a perfect homage to the original, with graffiti’d walls, neon baseball caps, spinning thrones, and more. The best part, though, might be when Bert raps that he and Ernie are each “one half of a whole, one part of a pair.” We’re not crying, you are.

Check out the adorable parody above!

What did you think of Bert and Ernie’s video? Let us know @BritandCo!