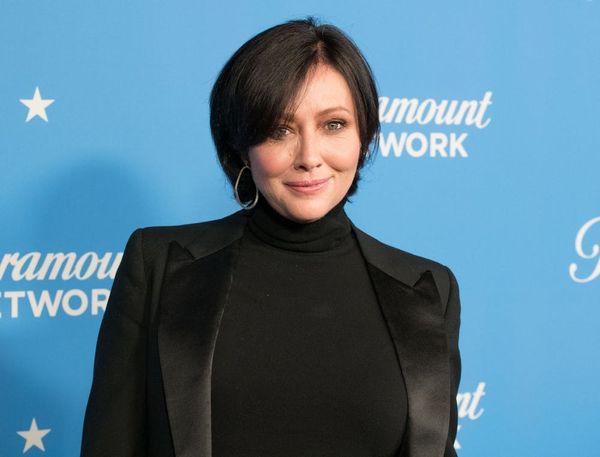 Shannen Doherty’s breast cancer has been in remission since April of last year, but her experience with the disease is still very much evolving. During an interview with Robin Roberts for Good Morning America on Thursday, September 13, the actress opened up about her battle with cancer and why it didn’t necessarily end when her treatment did.

“You hear the word remission, and it’s a rush of different emotions, right? It’s like, ‘What’s next?'” she told Roberts, who has also battled cancer. “There’s a little bit of fear and apprehension. I felt lost for a second. I was like, ‘Now what?’ My whole life has been about this battle — what felt like my whole life, which was not my whole life. But it just seems to take over. But then it sort of starts seeping in, and then you get joyous, and you get so excited. But you gotta wait for that five-year mark, and then the 10-year mark. So remission is a crazy word to me.”

Doherty first revealed that she had been diagnosed with the disease in 2015, telling People, “Yes, I have breast cancer, and I am currently undergoing treatment. I am continuing to eat right, exercise, and stay very positive about my life. I am thankful to my family, friends, and doctors for their support and, of course, my fans who have stood by me.”

She later underwent a single mastectomy and breast reconstruction, relying on the support of those around her to get her through. “My husband was phenomenal. He took off a ton of work, really took fantastic care of me,” she told Roberts on GMA. “My mom just was always there. They would tag-team.”

She also said she found comfort in people who opened up to her about their own experiences with cancer. “I know how much sharing helped me, because what I got back were these beautiful stories from other people, what they were going through, what they had been through, giving me hope, giving me support and love,” she explained. “It really helped. It’s truly a family.”

The experience made her not just “a better human being” but also a better actor. “It takes down all your walls, all the barriers, everything that life sort of threw at you,” she told Roberts. “You build this wall up because you’re guarding yourself. … That all comes tumbling down.”