6 Expert-Approved Signs That You’re in Love 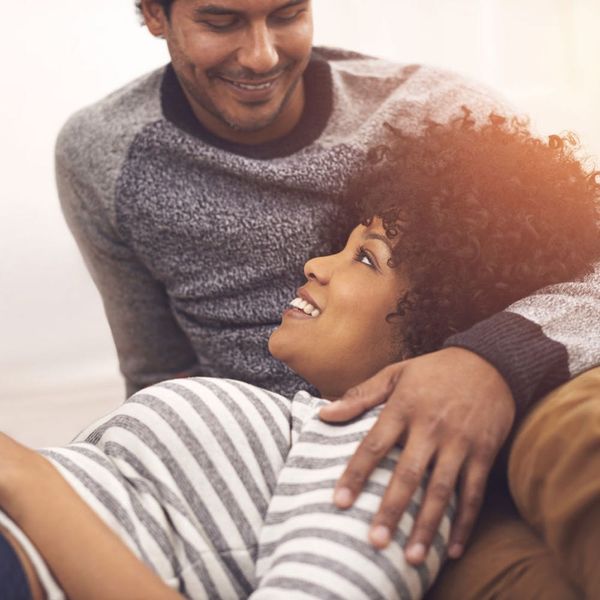 Whether you’re kinda sorta dating someone or you’ve been in a happy relationship for a while now, it’s exciting (and okay, super scary) when things are going well. But before the four letter word comes up, it’s not uncommon to question your feelings for the other person. Do you really love them, or is it purely physical?

Biological anthropologist Helen Fisher, the author of The Anatomy of Love, believes knowing for sure is not as complicated as you think. The way she sees it, lust is driven by sexual gratification, which means it doesn’t matter who you’re sleeping with, so long as the deed is done. Romantic love, or what she calls “attachment,” is characterized as being hyper focused on one person. Everything about them — from the car they drive to the music they listen to — takes on special value. A lovesick’s person’s M.O. is to spend as much time with their partner as possible.

Sound a little extreme? When Fisher put her smitten test subjects into an MRI machine, the area of the brain that controls infatuation lit right up. While people in the early stages of romantic love have more intense attachment than those who tied the knot a long time ago — her subjects were married for an average of 21 years — she says this obsession with your partner continues regardless of age.

Even if you’re not ready to say that four letter word, here are some scientifically backed signs that you might have given your heart away.

Signs You Are in Love

1. They’re always on your mind. Focusing on anything, unless maybe it’s your special someone, is very difficult when you’re in love. Fisher says that’s because the decision making part of the brain actually shuts down to devote more time and energy to thinking about one individual. It’s like they’re camping out in your head.

2. You change up your usual routine. Impressing the other person is often your main priority if you’re intensely attracted to someone. That means you might take up a hobby like running, even it’s not usually your thing, to try and impress your beloved. Helen says change looks different for everyone. Some people change their hair to suit the other’s preference, while others might start dressing more like their partner.

3. They give you butterflies. While it sounds cliché, Helen says this little thing called a labile psychophysiological response, which encompasses feeling awkward, weak in the knees, trembling and short of breath when your love is around, was extremely common among her subjects. Have you ever found yourself laughing in nervousness? Yep, that’s the same thing.

4. You want them to want you. Emotional reciprocity is a key component of love relationships, and it’s a big part of why break ups are such a mess. The desire to be equally loved in return sets this special breed of attachment apart from crushes.

5. You crave exclusivity. None of this active Tinder profile business. You want to lock it down, and certainly make sure they’re not seeing anyone else. Helen says humans are known for their serial monogamy, which means though divorce rates are still high (unless you’re a millennial) our unique species tends to have only one partner at a time.

6. You see past the flaws. Remember how the decision making part of the brain shuts down? Well, when it comes to your partner, it’s making small decisions all the time to determine whether or not you’re compatible. In a love relationship, people tend to overlook negative qualities and place more focus on the positive ones. Factors that used to be really important to you in a mate, like a stable job, level of attractiveness or book smarts, can become extremely negotiable.

How did you know you were in love? Tweet us your story at @BritandCo!

Ashley Mason
Ashley is a freelance lifestyle writer based in Brooklyn. Since 2009, she has been drinking her way through the city’s diverse coffee shops. When she’s not hunched over her laptop, she can be found trying new restaurants and playing with her Beagle mix Signe.
Dating
Relationships
Dating love science Valentines Day