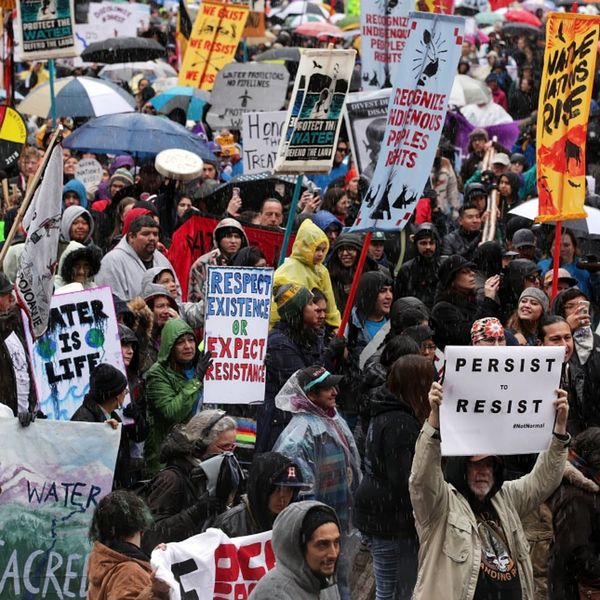 More and more, major companies are looking for added perks to get people excited about working for them. Nike introduced an expanded parental leave program last year in order to keep existing staff and prospects excited about the company. The state of California in general seems to be one of the most generous places for people to work (especially San Francisco, which just changed the way we think about maternity leave), and with the country’s tech giants settled in Silicon Valley, it’s no surprise that many of these companies are offering a new kind of paid benefit to their employees — one that will see the staff praised for their choice to protest.

The Washington Post is reporting that companies like Facebook are allowing staffers to book paid time off to protest for issues that are important to them. This trend started with the company Fauna (which only has 13 people on staff), which recently gave employees the ability to take unlimited paid time off to engage in civil actions like letter writing, protesting and community engagement.

It’s not just smaller companies, either. Major players like Facebook are allowing staff to take paid leave for issues the company is passionate about. In fact, they have offered their staff the option to take May 1st off, as it’s a day for protesting immigrant rights (the company famously hires many legal immigrants). “At Facebook, we’re committed to fostering an inclusive workplace where employees feel comfortable expressing their opinions and speaking up about issues that are important to them,” a spokesperson said.

Have you ever taken time off to engage in civil actions? Tell us @BritandCo!