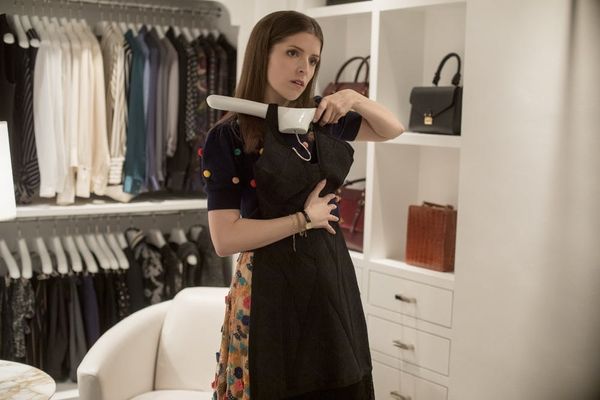 Blake Lively and Anna Kendrick were quite the dynamic duo in Paul Feig’s darkly funny thriller A Simple Favor. And as Lively shares in this exclusive behind-the-scenes featurette from the Blu-ray/DVD bonus features, their rapport was even better off-camera.

Kendrick played Stephanie to Lively’s Emily, who disappears under mysterious circumstances, leaving her best friend and her husband (Henry Golding) to pick up the pieces — pieces that Stephanie is determined to fit together to solve the puzzle of Emily’s secret life. Kendrick describes her character as someone who is “tightly wound” and insists on “radiat[ing] positivity and optimism” as she tries to “keep up this facade of perfection.”

“She’s one of these people that you count on,” Feig adds of Stephanie. “She’s the first person you call if there’s a problem. She’s a doer.”

In that sense, Kendrick was a perfect fit for the role. “Anna, she can bring that lightness and that lovability, but she has this really acerbic side to her, which is hilarious,” Feig raves. “She’s got one of the funniest senses of humor of anybody I’ve ever met.”

Watch the full featurette above, and check out A Simple Favor on digital platforms today, December 11, and on Blu-Ray, DVD, and On Demand starting December 18.