Can You Really Get Away With Sleeping Four Hours a Night? 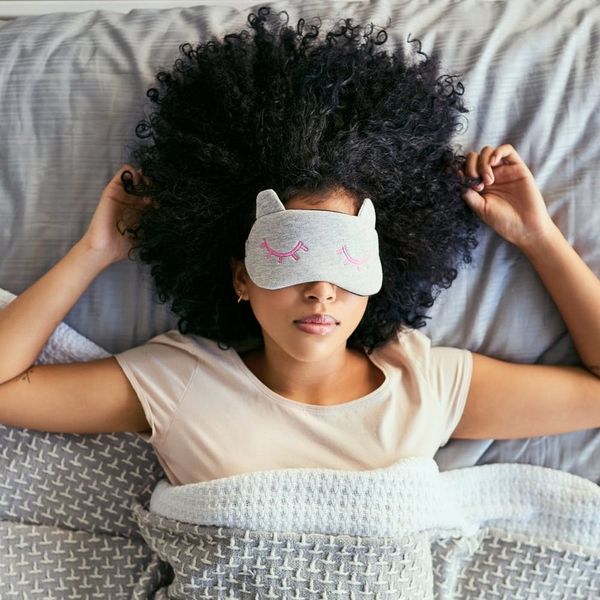 Some of the world’s most successful people swear that sleeping as little as four hours a night is the secret that gives them the extra time they need to achieve their impressive goals. This list of sleep braggers includes fashion designer Tom Ford; former chairwoman and CEO of PepsiCo Indra Nooyi; entrepreneur and kitchen queen Martha Stewart; and former US President Barack Obama. The thought of having an extra hour or two every day to take on the world while everyone else is sleeping might be enough to get you out of bed early — but is it actually a good idea?

How much sleep do we need?

The short answer is that adults need seven to nine hours a night. “This gives us sufficient time to allow for deep and REM sleep, which contribute to us feeling refreshed in the morning,” explains Natasha Bhuyan, MD, a family medicine doctor with One Medical based in Phoenix, AZ. That said, she adds, how much each person needs within those seven to nine hours varies. “Some people may only need around seven hours of sleep, while others really do require nine hours of sleep. But most adults fall into that range. Where you fall in that range depends on a lot of factors, such as your genetics, diet, and activity levels.”

If you’ve ever skipped some of your required hours of shut-eye, you already know that it can really ruin the following day. “If we aren’t getting enough sleep, our bodies rebel to a certain extent,” cautions Bill Fish, an expert in the science of sleep and co-founder of Tuck.com, a website committed to helping everyone sleep better. “We feel groggy, sluggish, short-tempered, and sometimes even worse.” He adds that over 20 percent of auto accidents in the US are caused by what is classified as “drowsy driving.”

And that’s after just one or two days: Consistently cutting your sleep short can have long-term health consequences. “Chronic sleep deprivation is associated with: obesity, depression, Alzheimer’s disease, heart disease, stroke, type 2 diabetes, increased risk of cancer, etc. — so many drawbacks,” explains Ruchir P. Patel, MD, FACP, Medical Director of The Insomnia and Sleep Institute of Arizona. And on the flip side, making sure you get the sleep you need, “is about so much more than feeling refreshed!” Dr. Bhuyan asserts. “Adequate sleep can help boost our metabolism and immune function as well as regulate our hormones.”

Can anyone really get away with sleeping for four hours?

So what about those people who insist that they can get by just as well on four hours or less every night? According to our experts, they’re likely lying — although probably unintentionally. “We all have a friend who claims to be an ‘elite sleeper’ — someone who seems to be able to get away with five hours of sleep per night,” Dr. Bhuyan acknowledges. “The reality is that they are likely sleep-deprived. While people can sustain that schedule for a short amount of time, in the long run, getting less than seven hours of sleep per night puts your health at risk.”

Unfortunately, the culture of bragging about how little sleep we get has meant that more people feel pressured to sleep less — which often means turning to things that will help us function without actually helping our health. Nilong Vyas, MD, a pediatrician and owner of sleep consulting firm Sleepless in NOLA, says, “I believe that there are countless things available in our culture that help one hide how tired they truly are, including but not limited to coffee, teas, caffeine-laden energy drinks, and even prescriptions medications. When the brain is tired, it secretes a chemical called adenosine to help promote sleep. The caffeinated drinks antagonize the adenosine receptors, in that it prevents sleep from coming and thus keeps one awake. Consuming multiple ‘doses’ of these adenosine receptor antagonists is how most people get by with less sleep.” If you find yourself unable to get through a day without caffeine, she says, you might want to reconsider how much sleep you’re getting instead of constantly reaching for another cup of your stay-awake beverage of choice.

There are exceptions to this rule. Notably, people who have a rare genetic mutation on their DEC2 gene are able to fully recharge on much less sleep than everyone else. “Genetics do play a role in how much sleep our bodies require on a nightly basis,” Fish says, adding, “That said, this genetic condition is quite rare, and it is not recommended to be satisfied with less than seven hours of sleep.” He also doesn’t recommend that you try sleeping less just to see how you feel: “Only a small percentage of people can function on five hours of sleep, so it is highly unlikely that it will be a good fit for you, and your health can be impacted in a negative manner right away.”

The bottom line is that as much as we’d all sometimes like a few extra hours in the day to spend on activities other than sleep, unless you’re one of those people whose unique genetic code has blessed them with the ability to recharge in less time, the negative impacts of skipping sleep far outweigh the benefits. You’re better off staying in bed and getting the energy you need to really make the most of a day that may be shorter in waking hours but feels a lot sweeter.

RELATED: Not Sleeping Enough May Have Scary Repercussions for Women

Natasha Lavender
Natasha Lavender is a Londoner living in Chicago, and is fluent in British and American. She writes about pop culture, health, lifestyle, feminism, fashion, and interviews with interesting people, and has previously worked for Good Housekeeping magazine, Buzzfeed, and Hello Giggles. She loves podcasts, running, reading, dogs and cats equally, and peanut butter anything.
Healthy Living
Health
Healthy Living Self Care Sleep
More From Health