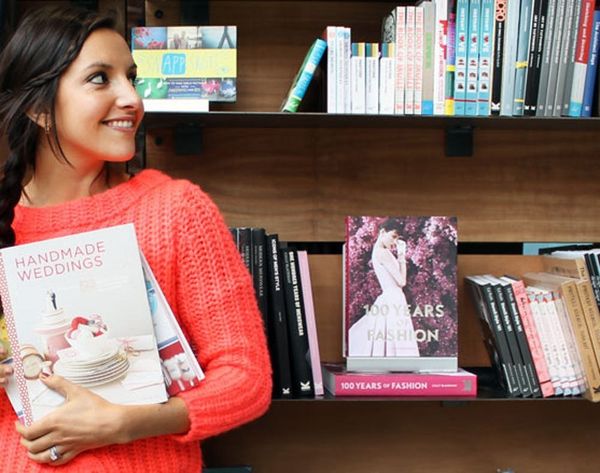 Just because you’re a chick doesn’t mean you exclusively read chick lit, right? These 10 new releases are page-turners that won’t turn your brain to mush, even if you’re taking a break from work to turn said pages on a beach, boat or floaty. Here are our recommendations for essential reads to pack in your beach tote.

1. The Vacationers ($17): Author Emma Straub is a staff writer for Rookie and has written for Vogue, The Paris Review and Tin House, so before even starting the first chapter, you know the writing is going to be whip smart. The book is about an Upper East Side family who rents a house in Mallorca for a week. Each family member harbors their own secret, like the father who slept with his young intern, the daughter on a quest to lose her virginity or the son who is working up the courage to ask his parents to borrow money. Of course, everything comes out, and the honest way these family secrets are portrayed really gives The Vacationers its heart.

2. My Accidental Jihad ($18): Summer is a season for the unexpected, which is exactly what happened to Krista Bremer. If life actually went as planned, it would make for a boring memoir but the story of how an unlikely couple fell in love (and Bremer’s introduction to a totally new way of life) makes this memoir a fascinating read.

3. I Am Having So Much Fun Here Without You ($16): Richard is an artist who paints rooms as they appear through a keyhole, and at the moment, he’s more focused on winning back his ex-mistress than focusing on his art, his wife and his child. But of course, as soon as his wife is done with him, he regrets the whole affair and wants to work on his marriage. Richard is a classic antihero, and one you can’t help but root for, despite how much of a dog he is.

4. My Salinger Year ($19): In this memoir, an aspiring poet takes a job at a big New York literary agency, and when she’s not performing dull, menial tasks for her boss, she answers letters written to J.D. Salinger from fans all over the world. She’s trying to figure out how to pursue her writing dreams while actually making enough money to eat. Oh, and she’s also dating a broke socialist who is the complete opposite of her sweet, responsible college boyfriend. Making it through her own quarter-life crisis might make you feel a little bit better about your own.

5. Delancey ($19): Orangette food blogger Molly Wizenberg and her husband Brandon Pettit bonded over their mutual love for food and cooking. That does not mean she was psyched when he decided to drop out of graduate school to open a pizza shop. This is a book about supporting the crazy dreams of the one you love, even when you don’t want to. Warning: You will crave food while reading this book, but luckily there are lots of delicious recipes nestled between each chapter.

6. There Goes Gravity ($21): Journalist Lisa Robinson has been covering music since the early ’70s and has not only interviewed, but has became friends with The Rolling Stones, The Beatles, Joni Mitchell, Jay Z, Lady Gaga and a long list of superstar names. She gives readers a backstage pass into the New York rock and roll scene in her memoir There Goes Gravity. The sex, the drugs and, of course, the music — Robinson dishes on it all.

7. Panic In A Suitcase ($20): In this novel, a family of Ukrainian immigrants finds the American Dream hard to come by when they immigrate to the U.S. This beautifully written book asks big questions, like how to look forward while still looking back and how to determine the price of pursuing a dream. It certainly puts your own problems into perspective.

8. Promise of a Pencil ($19): Pencils of Promise founder Adam Braun wrote this book to show that you don’t have to be “important” or rich to make a difference. The brother of Scooter Braun (yes, of Bieber founding fame) shares his story of how he started his global non-profit with just $10 and gives readers actionable steps to igniting real change. There’s a new mantra introduced in each chapter, which he encourages you to steal and adopt as your own.

9. Say What You Will ($14): Yes this is a teenage love story, but it is so emotional and touching that people are comparing it to Eleanor + Park and The Fault In Our Stars. But don’t worry, no one has cancer. In this book, two teens with disabilities — one with cerebral palsy, one with obsessive-compulsive disorder — form a close friendship, which turns into something neither one of them saw coming.

10. To Rise Again At A Decent Hour ($16): This novel is a satire on how obsessed our society has become with social media. In the book, a single 30-something dentist comes across a website a stranger made about his dental practice. This unknown person also starts a Facebook and Twitter in his name, Tweeting out some really weird stuff about religion. As the dentist gets to know the man behind the Tweets, he starts questioning his beliefs.

What are you reading this summer? Let us know in the comments below!

Emily Laurence
Emily is a contributing writer for Brit + Co and former teen magazine editor. She lives in New York City, where she's on a mission to find the most delicious mocha in the East Village.
Books
Home
Books