This Wristband Promises to Seriously Improve Your Tennis Game 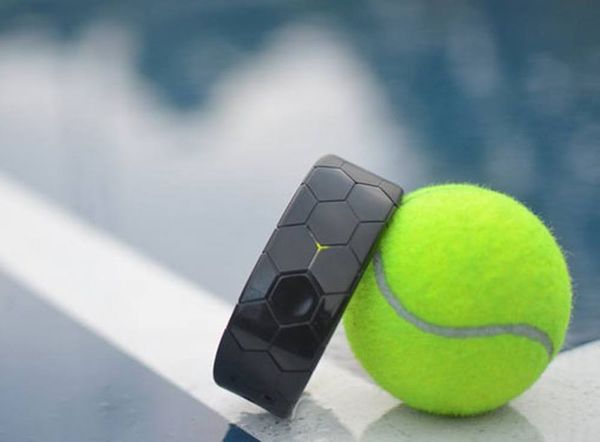 We’ve all heard the old saying, “Dress for the job you want,” right? But, what if what you wore could do more than make you just look the part? What if what you wore could actually train you to become the part? Sure — rocking a pair of Air Jordan’s won’t make you “be like Mike” on the basketball court, but wearing a Smash wristband may just help you become the next Serena Williams on the tennis court. Smash is a responsive wristband that when combined with an app provides tips to help tennis players at every level, from beginner to pro, improve their game. It’s like having a personal tennis coach on your wrist and right at your fingertips.

Smash analyzes your technique in order to make personal recommendations and help you set goals all based on your ability. It also tracks your improvement over time and allows you to share your results with friends. You can even challenge nearby players to meet you on the court if you’re up for some friendly competition.

The Smash software and algorithms process all the data you provide — everything from your wrist rotation to the type of shots you hit, then sends the results to the Smash app on your phone via Bluetooth LE.

Right now Smash can only be used for tennis, but the Smash team plans to create an open source API that will allow developers to find more applications for it. So, yes, if someone creates a Smash for basketball, there’s a legit chance you could one day learn to play like Mike. This game-changing app may one day help you work on your free throw, punt and breaststroke if multi-sport athleticism is in your future.

The ability to learn any sport via wearable tech could happen, but this is just the start.

If you think the Smash’s lightweight form and high-tech function make a winning pair then you can support the Kickstarter campaign to produce and ship the first run of these responsive wristbands. A pledge of $119 or more gets you one of the first devices. The market value of the Smash wristband will be $184, so that’s quite a deal. Smash has until July 10 to raise its goal of $184,960. If the goal is met, the devices will start shipping February 2015.

Would you try to learn a new sport via wearable tech? If so, what sport would you want to learn? Let us know below!