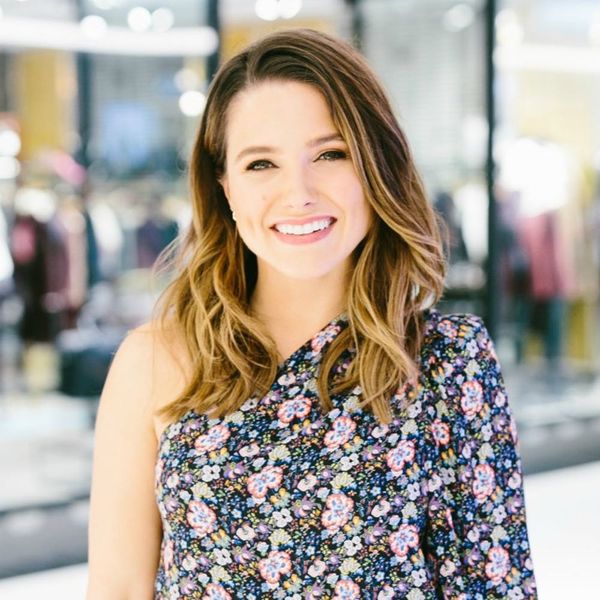 Sophia Bush might be best known as an actress, but these days, she’s flexing her muscles as an investor and activist, supporting women. At this weekend’s Create & Cultivate Style Summit in the Houston Galleria, Bush gave the keynote speech, imploring women to support and invest in each other instead of knocking each other down so that we can all achieve our dreams.

When Bush’s BFF, Nia Batts, told her she was leaving her role as an executive to invest in her hometown of Detroit, MI, Bush wanted to help. One of the biggest issues Batts noticed was that the women in downtown Detroit couldn’t access beauty services. As professionals, many women don’t have time to head out to suburban outposts for a wash and blow out, and with pricing often based on race over hair length, the two besties wanted to fill a gap.

Something as simple as being able to take care of yourself in a safe, affordable way can be a boon for a woman, and Bush and Batts knew it. While Bush invested in Detroit Blows (the downtown beauty bar her friend dreamed up), the company is reinvesting in the city. Twenty-five percent of their retail footprint, plus one dollar from every service purchased, go directly back into the city of Detroit, its female entrepreneurs, and women entering and re-entering the workforce.

Bush recalled words of wisdom from blog maven and frequent Create & Cultivate collaborator Courtney Kerr: “There are so many ways to invest in women.” From there, she asked the audience to take time this week to leave positive, reinforcing comments for the women they follow on Instagram — “the easiest free investment ever” — because she sees so much negativity on the social sharing platform. Just simply spreading love and joy can change the way another woman goes for her goals.

Space Nerds 🚀 #Repost @createcultivate ・・・ We've said it before + we'll say it again ... @sophiabush is the woman you want your daughter to grow up to be. 💕 And she just slayed the #ccstylesummit stage. Her FULL keynote conversation is on our live story for the next 24 hours! Watch her drop major inspo, chat about her new movie @marshallmovie, and her new business venture @detroitblows with her bad-ass BFF @nialauryn. 📸 @becki___smithhousephoto

Beyond thinking about new ways to support each other, Bush says we need to rethink the way we talk about ourselves. “Women are often so reductive about ourselves,” Bush admits. “Men don’t say ‘I think’. Women say ‘I think’.” The actress asks us to reframe our language and drop I think and just go for what we want.

Have you invested in another woman’s business? Tell us which one @BritandCo!

Kat Armstrong
Kat has been a writer, social media maven and mom for longer than she's willing to admit. She's also spent time in front of and behind the camera, interviewing celebs, politicians and acting as a producer for fashion and artistic photography shoots. When she isn't writing for various orgs and publications, she's hanging with her kids, husband and French Bulldog, Peter, in Toronto, Canada.
Empowerment