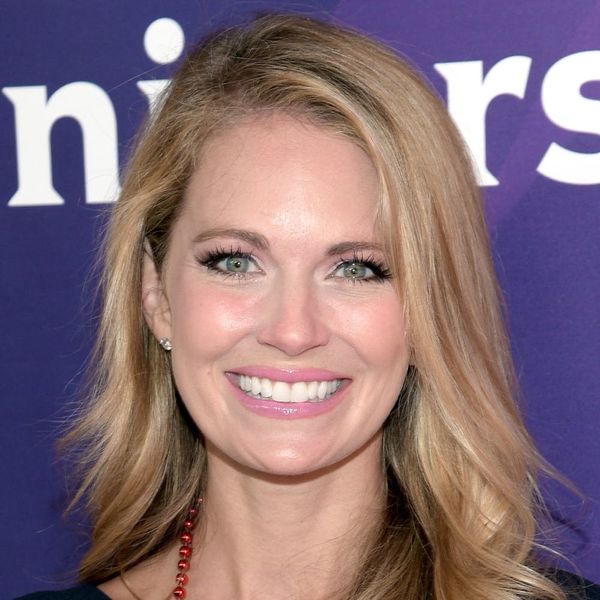 It’s a girl, y’all! Southern Charm star Cameran Eubanks, whom you also might recognize from her stint on Real World: San Diego several years ago, has welcomed her first child, a seven-pound, three-ounce baby girl born this Saturday, November 12.

The new mom’s rep confirmed the arrival of the little one to People, saying, “Mom and baby are doing well.”

Thank you to my wonderful and talented friend @kburkeyburke for taking these maternity photos. 💗 Dress is @fillyboomaternity. (Don't ask how much longer and no it's not twins.) 😜

The rep also revealed the unconventional name the bubbly TV personality and her hubby, Jason Wimberly, chose for their daughter: Palmer Corrine Wimberly. Awww! TBH, we wouldn’t expect anything less from the quirky star.

The pair first announced they were expecting back in April with an Instagram pic of themselves holding a sonogram and a single pink balloon. “Times a changing,’ y’all!” Eubanks wrote at the time. “Baby GIRL Wimberly will be touching down this fall! Excited (and nervous) for this next chapter in life.”

Times a changin' y'all! Baby 🎀GIRL🎀 Wimberly will be touching down this fall! Excited (and nervous) for this next chapter in life! 💕

Though Palmer took her time to arrive, coming after her due date (“I’m glad that standing on your head chanting the Lord’s Prayer while drinking spoiled goat’s milk worked for you… but it ain’t working for me,” the real estate agent joked just days prior to giving birth), the overdue pregnancy gave Eubanks, who previously said she might never want to have a child, plenty of time to adjust.

“I was so fearful of everything pregnancy related,” she revealed to People back in June. “Physically being pregnant, mentally, emotionally. I thought I was going to be a mess.”

Instead, the new mama told the outlet that being with child actually made her calmer. “I’m totally fine,” she said at the time. “I am calm, I’m relaxed, I’m not anxious. I think my daughter is the one making me calm down.”

What do you think of the name Palmer? Share your two cents with us @BritandCo!

Nicole Briese
Nicole is the weekend editor for Brit + Co who loves bringing you all the latest buzz. When she's not busy typing away into the wee hours, you can usually find her canoodling with her fur babies, rooting around in a bookstore, or rocking out at a concert of some sort (Guns N' Roses forever!). Check out all her latest musings and past work at nicolebjean.com.
Celebrities
Celebrity News
Celebrities Celebrity Baby Celebrity Baby Names
More From Celebrity News