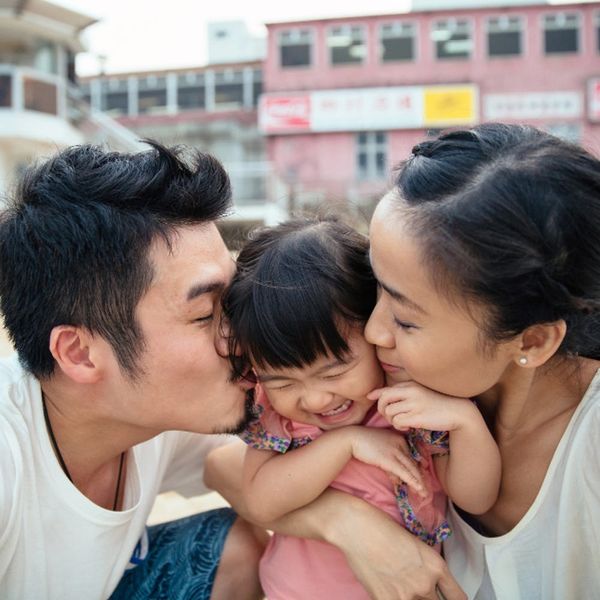 You’re on your zillionth diaper change — probably because you’re going it alone. You aren’t a single parent, but sometimes you kind of feel like one. So you slyly (or so you think) suggest to your S.O. that they should jump in and help you out. Your other half hears the intent behind what you’re saying and now thinks you’re a first-class nag. Maybe that’s not the best way to get your point across after all. If things are more 90/10 than 50/50 in your home, check out how to split the parenting duties in a less stressful way.

1. Be honest. There’s no reason to come up with cutesy, veiled ways to set your S.O. up for shared parenting responsibilities. You need help with your baby, and it’s time to get honest. Make a pact to be completely honest about absolutely everything. That means no more saying things like, “Oh, I don’t mind getting up at 5am to feed the baby, even though I have a 7am meeting and you don’t have to be at work until 9:30.”

2. Share your feelings. When there’s one parent shouldering all of the work, things get messy. Really, really messy. The parent who’s doing it all starts feeling taken advantage of. That leads to even more feelings, such as sadness, loneliness, and eventually all-out anger. Before it gets to the mad-AF point, share what’s going on inside. Instead of saying, “Just change a diaper for once in your life,” try, “I feel sad when you leave me alone to do all of the baby stuff.” Framing it as being about your own feelings — instead of playing the blame game — can make a major difference when it comes to your relationship. And it’s more likely to encourage your S.O. to do their fair share.

3. Make a list. Sometimes your significant other needs to literally see what they’re not doing; and sometimes you need to see what they are doing to understand that things aren’t so one-sided. Get completely concrete and make a list. Work together to write out all of the parenting duties. After you’ve listed everything, decide who’s been carrying most of the weight for each item, picking the parent who most often takes over diaper duty, feedings, or anything else you’ve added. Now that you can see how things have shaken out so far, it’s time to create some balance.

4. Spend time together. Who says you have to isolate each parent to pair them up with specific duties? Sometimes splitting works better as more of a sharing thing. If handing out baby-related tasks to your S.O. and keeping some for yourself isn’t working, try doing things as a team. Hey, you’re looking for a way to spend more time together anyway, so you might as well tackle bedtime, bath time, or dinnertime as a couple!

5. Don’t gender stereotype. If your partner is a man, there’s no rule that Mom has to do most of the work while Dad sits around. Nope. That’s just not how it should be. There’s no reason to give your guy a pass simply because of his gender. Dads can — and should! — take part in parenting too. Keep this mind when you’re working out what you each need to do.

How do you split parenting duties? Tweet us your tips @BritandCo!

Erica Loop
Erica Loop is a freelance writer living in Pittsburgh. When she's not busy creating kids' activities for her blog Mini Monets and Mommies, you can find her trying to hang out with her teenage son, being chased by her two Olde Boston Bulldogs or teaching a children's karate class (she's a third degree black belt!).
love
Parenting
love marriage Relationship Advice
More From Parenting