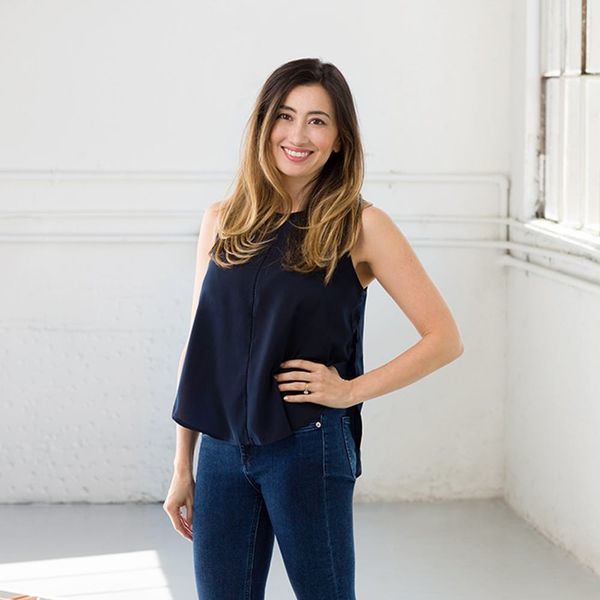 Years before becoming the founder and CEO of Stitch Fix, Katrina Lake had a vision of a unique future for buying clothes. She pictured a sort of hybrid between a museum and a wedding registry destination. Shoppers would enter a store to find not racks of clothes, but beautifully merchandised displays of mannequins doing day-to-day things — getting drinks with friends, helping kids with homework, going to work — and then use some sort of a digital wand (this was pre-iPhone) to scan their favorite outfits. Store associates would pull the relevant items (in proper sizes, of course) from a warehouse and have them ready and waiting in a fitting room for each shopper, along with shoes and jewelry recommended for them based on their outfit selections. It’s not quite Stitch Fix, but this ahead-of-its-time idea was a preview of the high-tech fashion company that Lake would go on to launch and lead.

“What [that idea] created for me was a feeling that today’s retailers are probably not going to be the future,” she tells us. “I just felt like if you wanted to be part of the future, you were probably going to have to create it — and it probably didn’t already exist.”

Today, Stitch Fix — a personal styling service that puts curated clothing deliveries (AKA “Fixes”) at your doorstep based on an online style and sizing profile — is up and running as the fashion future Lake ended up creating… and it’s more than just up and running. When the company went public in November 2017, it was valued at over $1 billion, according to Fortune.

Like most startups, Stitch Fix had humble beginnings. Lake, who’d started college with ambitions of being a doctor and ultimately pursued retail and restaurant consulting (for the record, she took the MCAT), got the wheels in motion for the company while she was a student at Harvard Business School. She looked at business school as an opportunity to gain credibility and focus on getting a business off the ground. By her second year at HBS, Lake was purchasing apparel from local Boston boutiques — on a credit card with a six thousand dollar limit — and distributing style profiles to new acquaintances in Boston, who could then choose to purchase or return the items she’d bought. During this period, she tested the Stitch Fix concept and worked out the kinks. Among other things, she learned that it was better to provide people with fewer options in what would ultimately become a Fix than to overwhelm them with tons of items.

By the time she graduated from HBS in May 2011, Lake had started shipping Fixes out of her apartment — 29 the first month, then 35, then 110 — and had secured an investment from Steve Anderson, who is also known for early investments in Instagram and Twitter. That summer, she moved the business back to her hometown of San Francisco, where once a week, the entire company teamed up (CEO and all!) to get Fixes out the door of a 1,100 square-foot office space until they could bring on a dedicated shipping team and warehouse.

It was the company’s organic growth that tipped Lake off to the fact that she was really on to something. “People loved it; people really wanted it,” she says. “People waited sometimes 60 or 90 days for it. I could really get confidence from the experience that people were having, and that was very calming.” While securing investments was often a challenge, it was this customer engagement that kept Lake going and Stitch Fix growing.

Aside from the value of a good team and the importance of finding opportunity in adversity — while the company’s IPO didn’t go quite as planned last year, the CEO says “we did it the way that Stitch Fix would do it, and I’m really proud of that” — Lake’s number-one key to success in business can be summed up in one word: confidence.

“How can you be shamelessly comfortable with reaching out to find the best people, to get help, to look for mentors?” she says. “The worst that can happen is somebody says no. The more help and the more smart people you can surround yourself with and the more inspiration you can get, the more you have to gain.”

The confidence to actively seek out mentorship is especially important for young female professionals, given the lack of women in top management and CEO roles. Young women, Lake says, need to go out and find more experienced leaders on their own. Fewer women in top jobs means that time can be limited, and boss ladies who might be happy to help support potential mentees just don’t have the bandwidth to make those connections themselves.

As for the lack of gender parity at the CEO level, Lake says she feels both “very proud” of and “a lot of responsibility” because of her leading role at Stitch Fix. While the structure of the whole system is predisposed to favor men — women are extremely underrepresented at venture capitalists firms, as well — she also sees a unique opportunity as a female CEO.

“As a woman, I had to do more with less,” Lake says. “I’ve had to look at problems with a fresh perspective. I started from scratch in a lot of ways. I didn’t have a good-old-boys network to pull from when I was growing my team.”

What’s the best business advice you ever received? Tweet us @BritandCo!

Alli Hoff Kosik
Alli Hoff Kosik is a freelance writer who is passionate about reading, running, rainbow sprinkles, her lipstick collection, watching embarrassing reality TV, and drinking pink wine. She lives in Brooklyn with her husband and (in her dreams, at least) three golden retriever puppies. Listen to her talk books on The SSR Podcast.
Career Advice
Creativity
Career Advice Girlboss work