Quick, Throw Out All Your Frozen Strawberries! 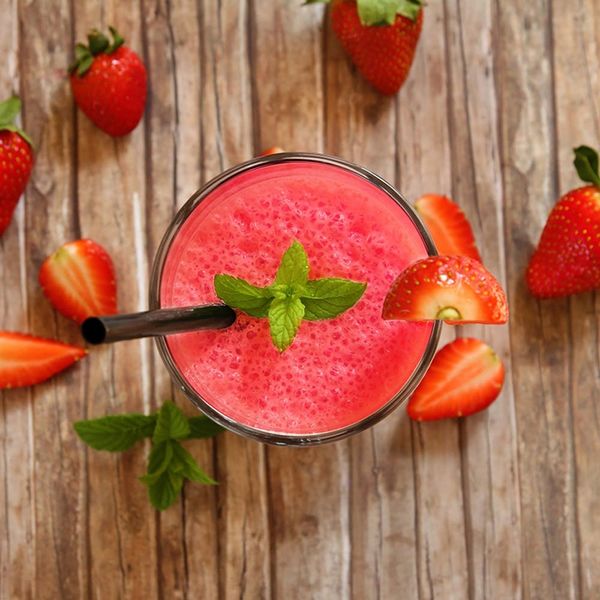 That morning mixed berry smoothie may have secretly been infested with disease. Okay, probably not, but maybe? An outbreak of hepatitis A has been reported and linked to frozen strawberries, according to the Virginia Department of Health.

The Department released a report a few days ago announcing an investigation of hepatitis A cases in the state that have been linked to smoothies from Tropical Smoothie Café restaurants in Virginia. Forty-four people between the ages of 15 to 68 have been diagnosed.

The Department of Health writes, “The illnesses were caused by a strain of hepatitis A that had been associated with past outbreaks due to frozen strawberries from Egypt. Frozen Egyptian strawberries used at Tropical Smoothie Café are thought to be the source of this outbreak.”

A message from our CEO regarding Virginia area cafes.

A message from our CEO regarding Virginia area cafes.

Even if you didn’t grab a smoothie from Tropical Smoothie Café, the department advises anyone who has eaten frozen strawberries at a restaurant within the last 50 days to watch for symptoms of hepatitis A. Some of which include: jaundice, fever, fatigue, loss of appetite, nausea, vomiting and abdominal pain.

If you have had hepatitis A before or have been vaccinated it, you are already immune. If you have not, it is advised you get checked ASAP. Even if you had a strawberry smoothie last week and feel a-okay, be aware that symptoms develop 15-50 days after exposure.

Cortney Clift
Cortney is the senior writer and special projects editor at Brit + Co. She typically covers topics related to women's issues, politics, and lifestyle. When she's not buried behind her computer you'll find her exploring New York City or planning her next big adventure.
Food News
The Conversation
Reviews:
More From Food News