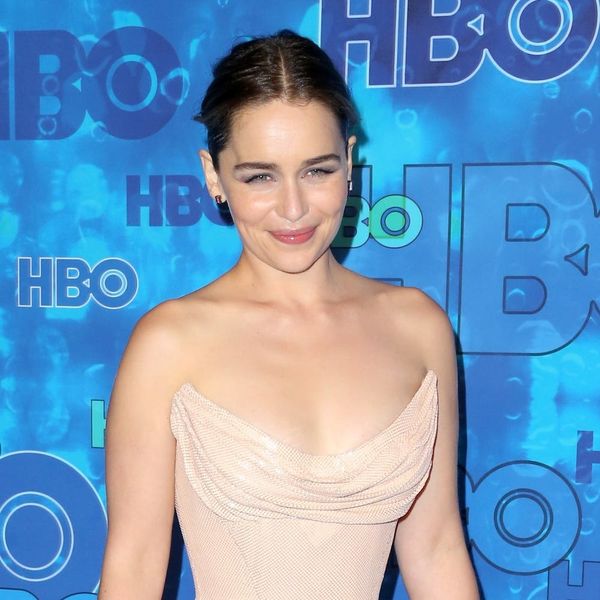 If you’re a Game of Thrones fan, you probably know that Emilia Clarke actually wears a white-blonde mermaid-length wig to play Iron Throne-frontrunner Daenerys Targaryen. IRL, the naturally brunette star tends to stick to wavy locks that hit her shoulders (with less elaborate twists and braids). But Emilia, who has already wrapped all her scenes for season seven of HBO’s hit show, recently debuted a brand new cut that is the antithesis of Khaleesi’s signature look and an update on her signature style.

Emilia attended a pre-BAFTA party with a wavy lob and wispy bangs. The Mother of Dragons even went for a darker hue that flatters her striking blue eyes. Rumors are swirling that the new ‘do is preparation for Emilia’s new role in the upcoming Star Wars franchise.

That feeling when at last you're a day away from wrapping season 7. I BELIEVE THIS ONES GONNA BE A MIND BLOWER...🔥🍯 #itakemyjobseriouslyiSWEAR...

Emilia took to Instagram before filming wrapped for GoT, and while showing off her appreciation for ’90s R&B, she shared the caption: “That feeling when at last you’re a day away from wrapping season 7. I BELIEVE THIS ONES GONNA BE A MIND BLOWER…” Ugh. Can’t. Wait.

The series, which usually debuts in April, has yet to announce a premiere date, but rumors point to June 25.

Do you prefer Emilia as a blonde or brunette? Let us know @BritandCo!