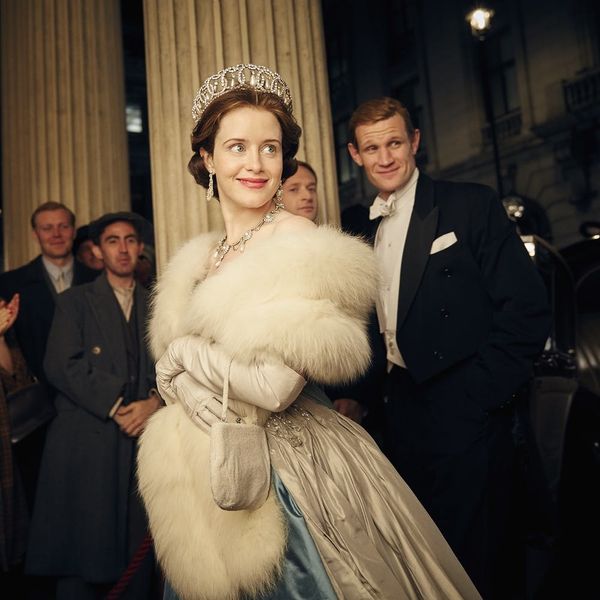 Even though we love almost everything about the Christmas season, getting our entire festive to-do list accomplished is still quite stressful. Whether you’re exhausted from an all-night gift wrapping marathon or just need a break from prepping your elaborate holiday party, we suggest you schedule a quality unwinding sesh into your busy December. That’s right — pour yourself a glass of wine, put on your favorite PJs and turn on a good binge-able show. But don’t waste your precious me-time watching something boring… we’ve found the perfect TV show to binge watch on Netflix based on your astrological sign. Now get relaxin’, damnit!

1. Chelsea: In Chelsea Handler’s new Netflix talk show, the fiercely real celeb interviews public officials, Hollywood stars and even kiddos to get the latest scoop on what’s going on in the world. It’s perfect for the independent Aries who loves a good LOL to cheer them up. (Photo via Netflix)

2. Madam Secretary: Taurus gals, get ready to fall in love with this epic political drama. Starring girlboss Elizabeth McCord as she attempts to manage life as a newly appointed Secretary of State, wife AND mother of two (um, is this actually a superhero show?), it’s the perfect thing to watch after you finish streaming The Good Wife. (Photo via CBS)

3. Grace and Frankie: I hope you’re not afraid of getting laugh lines, Geminis. This adorkable Netflix Original comedy about two senior rivals who become best friends after learning that their husbands have fallen in love with each other is quirky, hilarious and just plain binge-able. (Photo via Netflix)

4. Gilmore Girls: A Year in the Life: After waiting for what felt like FOR-EV-ER for the Gilmore Girls revival to be released, we’re super excited to finally discover what happens to our fave fast-talking gals. As Rory and Lorelai both find themselves on new soul-searching adventures, Cancers are sure to be intrigued throughout the highly anticipated four-part series (Just don’t spoil the last four words, pleeeease!). (Photo via Netflix)

5. Luke Cage: Luke Cage is the newest badass hero in the Netflix’s Originals Defenders series and he definitely channels the spirit of a Leo. He’s got grit, super strength and unbreakable skin… plus a complicated relationship with Jessica Jones too. *Adds to queue* (Photo via Netflix)

6. House of Cards: It’s hard to believe that this Netflix Original drama is already on its fourth season. Perfect to entertain a Virgo’s analytical mind, this Emmy and Golden Globe-winning TV show is a fierce political drama that will leave you wanting to watch all 52 episodes back to back. (Photo via Netflix)

7. Supergirl: Kara isn’t your typical superhero… she’s a rising girlboss protagonist who is inspiring young girls everywhere to be authentically themselves and stand up for what they believe in. Let’s just say this heart-filled and action-packed series will definitely win over the Libra chick who yearns for balance and fairness. (Photo via The CW)

8. Stranger Things: If you haven’t seen this year’s hottest breakout drama, you must have been living off the grid for the past five months (if so, welcome back!). The series is practically made for a Scorpio’s intense and penetrative mind, as it features a rag-tag group of youngsters who uncover a series of alarming secrets. (Photo via Netflix)

9. Haters Back Off!: Based off of the hilarious YouTube personality Miranda Sings, this pee-your-pants-it’s-so-funny show is definitely a winner for a true Sagittarius. Follow Miranda’s awkward journey to internet stardom and get ready to laugh, ugly cry and impatiently await the second season. (Photo via Netflix)

10. The Crown: You may want to clear your schedule, Capricorns… this amazing new Netflix Original series chronicles the life of Queen Elizabeth II from the ‘40s to today. It’s claimed to be Netflix’s most expensive series so far, and it’s just bloody gorgeous and brilliant. (Photo via Netflix)

11. Once Upon a Time: Have you ever wondered what would happen to fairy-tale heroes if they somehow ended up in our world? If you’re an Aquarius, you probably have, and this fairy tale reboot featuring a ton of our favorite childhood stories — from Snow White to Peter Pan to the cast of Frozen — will give you just the right dose of magic to help you relive your childhood tales as an adult. (Photo via ABC)

12. Fuller House: If you’re looking for something to watch that’s equal parts nostalgic and candidly hilarious, Pisces ladies need to browse no further. After a wonderful first season, our fave grown-up gals are back with even more adulting adventures — from learning the modern rules of dating to surviving the holidays with kiddos of their own. (Photo via Netflix)

What are you currently binge watching on Netflix? Tweet us by mentioning @BritandCo.

Ashley Macey
Ashley Macey is a lifestyle freelance writer who loves all things fitness, wellness, and creativity. When she's not exploring her home in the Pacific Northwest with her dog Max, you'll probably find her curled up with a good book and some hot tea. Follow her daily jaunts on Twitter.
Pop Culture