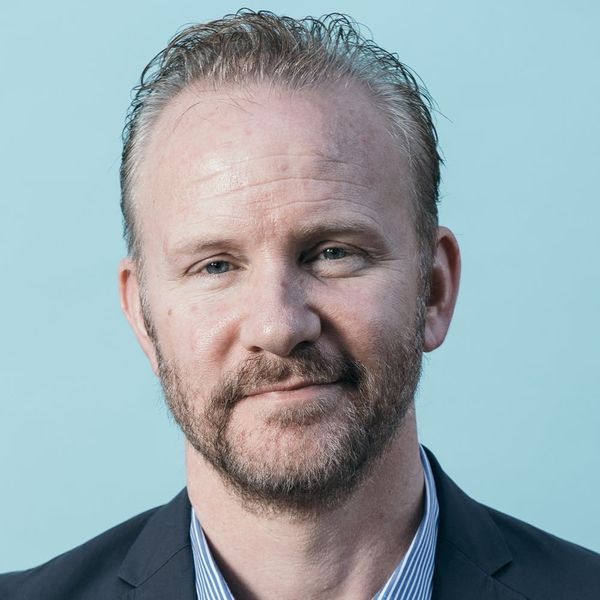 In a personal essay posted online Wednesday, filmmaker Morgan Spurlock voluntarily admitted to a pattern of sexual misconduct in his life.

In the essay, titled “I Am Part of the Problem,” the Oscar-nominated director of the fast food documentary Super Size Me describes watching the torrent of high-profile accusations come pouring forth and admits, “I don’t sit by and wonder ‘who will be next?’ I wonder, ‘when will they come for me?'”

Instead of wondering and waiting, Spurlock details a series of troubling incidents stretching back to college.

He begins by describing a drunken one-night stand with a fellow student who later described the incident as rape.

When the woman started to cry, he tried to comfort her:

Spurlock also admits he paid a settlement to a female former assistant who he says he called “hot pants” and “sex pants.”

“Something I thought was funny at the time, writes Spurlock, “but then realized I had completely demeaned and belittled her to a place of non-existence.”

He also writes about infidelity, admitting, “I have been unfaithful to every wife and girlfriend I have ever had.”

Spurlock goes on to question the motives behind his behavior in what feels a lot like making excuses. Was it because he was abused as a child and teen? Because his father left? Because he’s a drinker? Because he’s depressed?

“I don’t know,” writes Spurlock. “None of these things matter when you chip away at someone and consistently make them feel like less of a person. I am part of the problem. We all are.”

In coming forward, Spurlock is doing what we are asking of men. He is voluntarily claiming responsibility for the many injustices women face every day. But like witnessing a criminal coming clean, it’s hard to stand and applaud.

What do you think of Spurlock’s statement? Tell us @BritandCo.