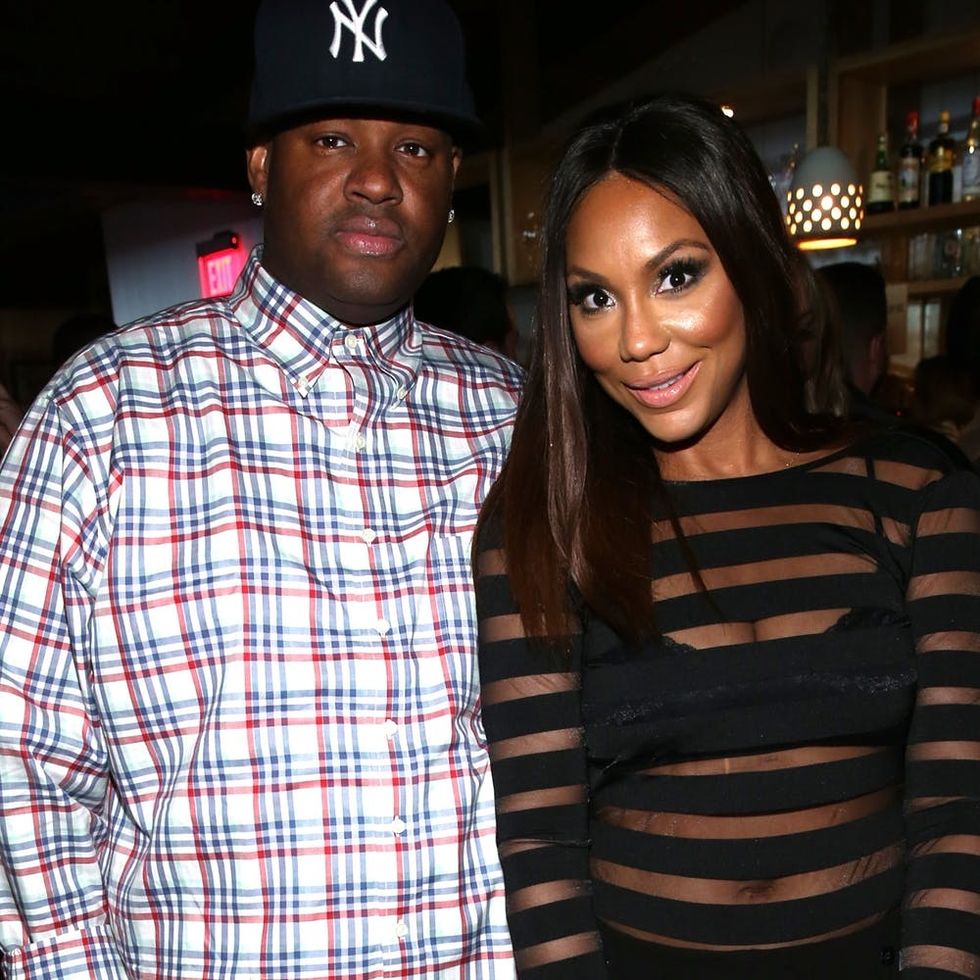 It’s been a particularly rough year when it comes to celebrity splits, and it’s not over yet. Tamar Braxton and Vince Herbert are 2017’s latest casualties of romance after making the announcement that they are filing for divorce after nearly nine years of marriage.

A rep for Braxton, a member of the R&B group The Braxtons, released a statement to People today, saying, “At this time we can confirm Ms. Braxton has made an extremely difficult decision and has filed for divorce from Vincent Herbert.”

The news comes just one month shy of their nine-year anniversary, according to TMZ. Despite their heartache, Braxton’s spokesperson made it clear that the duo plan to put their four-year-old son first and foremost. “Collectively, their son Logan and his well-being during this extremely unfortunate process is most important. We ask that everyone respects her privacy during this incredibly difficult time. She appreciates everyone’s love and prayers.”

Someone takes after his mommy🤗...... my happiness 🐦

The Braxton Family Values reality TV star began dating record executive Herbert, whom she met by way of sister Toni Braxton, in 2003. By November 2008, they were married. In recent years, however, there have been rumors of trouble in their relationship, with police being called to deal with a domestic dispute involving the couple in August 2016.

Fans began to suspect that big changes were on the horizon for the “Angels & Demons” singer when she announced back in September that her latest album, Blue Bird of Happiness, would be her last. She also sparked concern yesterday, with a video of herself speaking about finding her way, along with the caption, “Dear God… I’m ready🙏🏾🐦.”

Our hearts go out to the star and her family during this difficult time.

Are you surprised to hear that Tamar Braxton has filed for divorce from her husband Vincent Herbert after almost nine years of marriage? Let us know @BritandCo.

(Photo via Jonathan Leibson/Getty Images for WE tv)

Desiree O
Desirée O is a ‘Professional Bohemian’ who loves anything and everything related to the arts, entertainment, and pop culture. She ADORES being a ‘Newsy’ for Brit + Co, covering all of the latest tidbits of awesomeness that you want to read about. When she’s not writing, she’s either making messy art, going on long adventurous walks with her camera, or poking around over at bohemianizm (http://www.bohemianizm.com/). You can find out about Desirée O and her work at http://DesireeO.com/ or follow her on Twitter @DesireeO.
Celebrities
Celebrity News
CelebritiesCelebrity BreakupsMusic

Everything We Know So Far About Margot Robbie's Barbie Movie