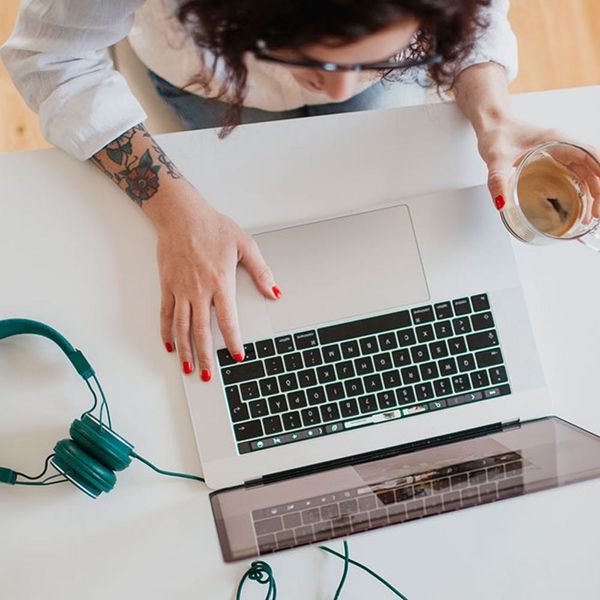 As you consider getting that epic mermaid tattoo down your forearm or some simple summery ink on your leg, you can’t help but hear your mom’s voice in the back of your head: “How will you ever get a job with that thing?” But does this question have any validity to it? It is 2018, after all, and according to a study conducted by the Pew Research Center, 38 percent of millennials have at least one tattoo. We spoke with ZipRecruiter career advisor Janet Lamwatthananon about how tattoos are showing up more and more in the workplace, and why — at least in this case — mother might not know best.

When it comes to tattoos, majority (or almost majority) rules. “Employers are definitely becoming more accepting of body modification,” Lamwatthananon says. “Part of this shift is because they have to.” As stated above, well over a third of millennials flaunt a tattoo or two. Combine this with the facts that millennials are the largest generation in the US labor force as of 2016 and that the unemployment rate is at an 18-year low, and even the pickiest of employers are forced to concede. “[If you rule out people with tattoos] there just aren’t enough candidates to go around,” Lamwatthananon explains.

But before you book it to the nearest tattoo parlor, Lamwatthananon urges you to consider your line of work. Industries such as tech, retail, and food are more accepting of body art. The healthcare and finance industries? Not so much. “If you work in a more traditional industry, you should probably stick to modifications that you can easily cover with clothing or hair styling,” Lamwatthananon recommends. So, good thing ultra-minimalist markings and underfoot tattoos are trendy. If you’re not sure where your industry falls on this spectrum, Lamwatthananon suggests considering whether it is one that “emphasizes artistic expression or changing the status quo.” If so, you’re probably safe.

Even so, the content of your ink still is a factor to consider. As with dress codes, Lamwatthananon says there is no set standard for which tattoos are work-appropriate and which are not, but those that are hateful or explicit in nature are a definite no-no. “It’s unacceptable to create a hostile environment for your colleagues or customers, whether you are communicating that message verbally or through body art,” Lamwatthananon states. It is important to acknowledge that employers will have varying definitions of “explicit.” For instance, some might consider outright political statements unacceptable, whereas others might welcome the boldness.

Industry and subject matter aside, in general, employers are becoming much more tolerant of tattoos, Lamwatthananon affirms, which we’ll count as a win for millennials. “It’s hard for something to be taboo if you know someone, or several people, who have done it.”

Do you cover up your ink at work? Let us know @BritandCo!

Annamarie Higley
Annamarie is a Californian who's been plopped in the middle of Missouri for her undergraduate studies in magazine journalism. She's a hiker, an eater, a lover of words. In her opinion, nothing beats a well-made breakfast sammy or a well-crafted sentence.
Adulting
Work
Adulting Work
More From Work