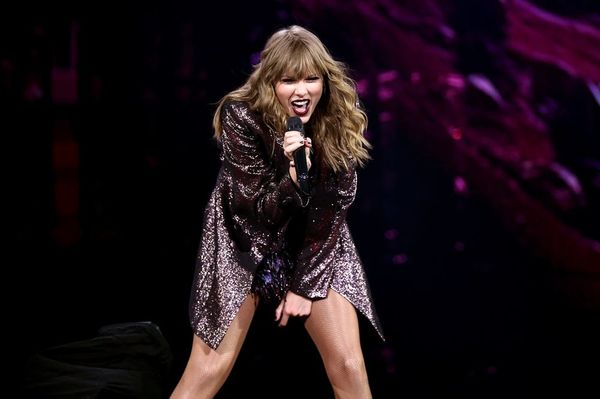 The 2018 American Music Awards are set to take place at LA’s Microsoft Theater on October 9 at 8pm, and Taylor Swift just revealed that she’ll be opening the big event, making her return to the show for the first time in four years.

I’m opening up the American Music Awards with a performance of “I Did Something Bad.” Meredith is not excited, but I am. #AMAs

“Good Morning, America. It’s Taylor,” Swift said in an Instagram video, which debuted on Tuesday’s edition of Good Morning America. “I just wanted to say I’m going to be opening up the American Music Awards with a performance. So, I wanted to…”

Before Swift could finish her announcement, her cat Meredith, who was seated next to her, got up and walked away.

“Don’t get too excited about it,” the singer sarcastically said to her pet. “My God.”

In the caption of the clip, Swift made sure to clarify that despite Meredith’s disinterest, she’s excited about the performance. She also revealed that she’ll be performing the track “I Did Something Bad” from her 2017 album Reputation.

The 2018 American Music Awards will be hosted by Black-ish star Tracee Ellis Ross, with performances from Cardi B, Bad Bunny and J Balvin, Halsey and Khalid, Benny Blanco, Ciara and Missy Elliot, Mariah Carey, Post Malone, and many more. You can watch live on Tuesday, October 9, at 8pm on ABC.

Are you excited for Taylor’s show-opening performance? Let us know @BritandCo!