Tech Trick of the Week: 5 Common iOS 9 Bugs AND How to Fix Them 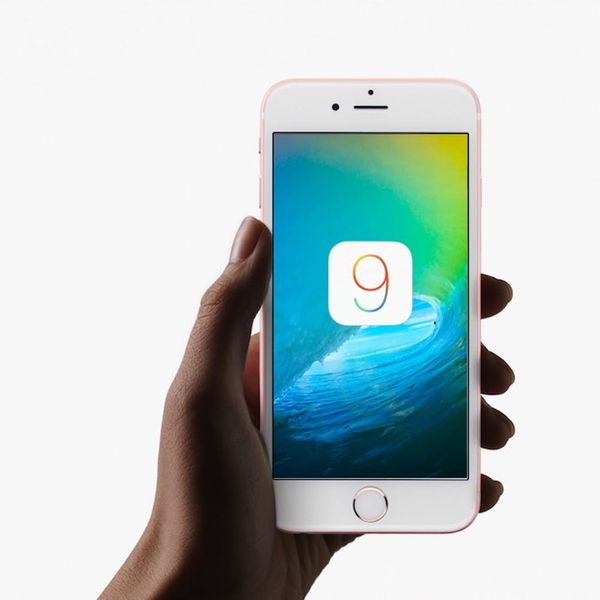 It’s #TechTuesday, everyone, and it’s time for us to impart some tech tips and tricks that will hopefully make your digital lives a little smoother this week. iOS 9 made its debut a little less than a month ago now. With the latest Apple software update, we got a boatload of super cool new features, like a waaay smarter search, Low Power Mode for more battery-saving ability, a sassier + more advanced Siri and even a new Notes app that allows you to add photos, make checklists and doodle. For the most part, iOS 9 has had some awesome innovations, but the launch of the operating system hasn’t exactly been smooth.

In fact, a simple Google search will yield what seems like a endless stream of complaints of bugs and glitches. Apple is already playing catch-up trying to address all these problems with their 9.0.1 and 9.0.2 updates. Hopefully, many of them will be solved for good with the official iOS 9.1 update, which is likely going to be making is debut in November, around the same time as the iPad Pro (the iOS 9.1 beta 5 was released yesterday to developers — which means we’re getting close to the public version). Some of these issues do not have DIYable fixes and we’ll all just have to wait and pray for 9.1. There are some, however, you can work around right now. Here are the top five biggest complaints surrounding the iOS 9 update, plus how you can fix them.

1. Cellular Data Connectivity Issues: This common problem people have been complaining about since upgrading to iOS 9 has a relatively easy fix. Go to Settings > Cellular, then toggle off and on again the “Cellular Data” option. This should hopefully help you phone reconnect to your network and fix the issue. If the problem persists, contact your wireless provider.

2. Getting the “Could Not Set Up iCloud Keychain” Error: If you got this error message when you were trying to set up your iPhone with the new update, there’s a simple workaround proposed by Apple themselves until they can get this issue fixed. Restart your phone. You can try doing a hard reset by holding down the top and Home button at the same time until the Apple logo reappears on screen.

3. Broken Wi-Fi: You can always try going into Settings > Wi-Fi, tapping on “i” or Info for your Wi-Fi network, hitting “Forget This Network” and re-entering your login information. If the problem persists, you can go to Settings > General > Reset > Reset Network Settings. This will bring up a prompt to enter your passcode and a notification that reads, “This will delete all network settings, returning them to factory defaults.” This wipes all saved Wi-Fi SSIDs and passwords and allows you to re-enter from scratch.

4. Crashing Apps: Oftentimes, the reason your apps are crashing is due to software incompatibilities — basically, the current version of an app doesn’t work with the new software update. Head over to the App Store to see if the app developers have input an updated version. That’ll give you the best chance to fix that annoying crashing.

5. iMessage Not Working: Did you notice that all your messages to fellow iPhone users use to be blue but now they’re green? Probably during the update, iMessages got turned off. To fix that, go to Settings > Messages and toggle iMessages back one. It’ll take just a couple of seconds to activate, but it should turn your iMessages back on.

Do you have any tech tricks you’d like to tell us about? Share with us in the comments below!

Kimberly Wang
Kimberly Wang writes about all things pop culture, tech, style, and beauty. She's a Bay Area transplant and has an MFA in Creative Writing from Columbia University. On a sunny New York day, you can find her hanging out with her mini schnauzer Isabelle Jellybean on a blanket in Central Park.
iPhone
Tech
iPhone