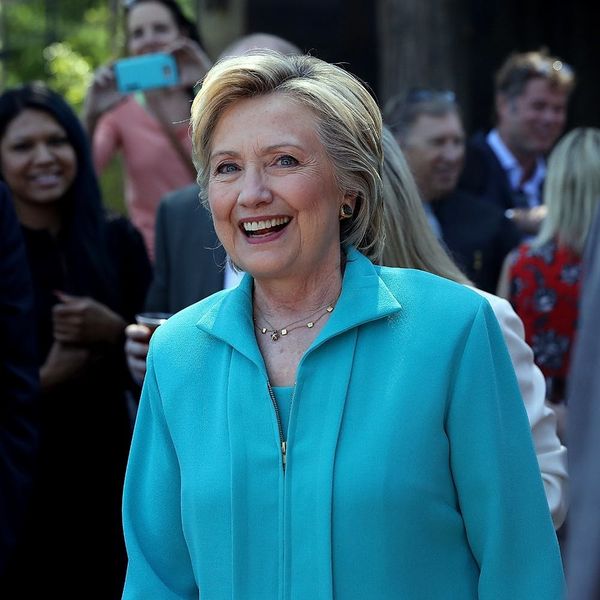 1. Trump visits Mexico… and it does not go great.

On Wednesday, Republican presidential candidate Donald Trump flew to Mexico to meet with president Enrique Peña Nieto. After making the construction of a wall along the US-Mexico border (and having the Mexican government foot the bill) a pillar of his campaign, Donald told press they hadn’t discussed who would pay for the border wall, which would seem to be an important topic. According to Nieto, that was not the case: He took to Twitter to write (in Spanish), “At the start of the conversation with Donald Trump, I made it clear that Mexico will not pay for the wall.” The whole visit was unusual, in that presidential candidates rarely travel to countries with which they have poor relationships. But, y’know, Donalds gonna Donald.

We’ve written before about how Hillary and Donald are the two most-disliked candidates to run for president since people started keeping track of that sort of thing. Since then, Hillary’s unfavorability rating has gone up to an all-time high. And that’s not “all-time” over the course of her presidential campaign, but “all-time” as in, over the roughly 25 years she’s been in the national spotlight. Around 56 percent of those polled said they have an unfavorable view of the possible future president (Donald is still faring worse, at 63 percent). Pretty dismal all around. Remember when a president campaigned on hope and change? Seems so long ago!

3. Did Donald Trump make up his doctor’s note?

Because whoever wins the presidency will hold the office for at least four years, it’s considered important to know that the people running are in good health and unlikely to fall ill (or worse, die) in the middle of their tenure. This is especially true for older candidates, and Donald Trump would, if elected, edge out Ronald Reagan as the oldest president. So is he healthy? According to a recent doctor’s note, he isn’t just in good health; he would be “the healthiest individual ever elected to the presidency.” Strong words! And, according to Atlantic writer and MD James Hamblin, words that make no sense for a trained doctor to write. He goes into detail on how and why the note, signed by doctor Harold Bornstein, is nonsensical from a medical perspective. For instance, writing that an exam “showed only positive results” would read as good to non-doctors, but doctors are trained, according to Hamblin, “to keep medical documentation within a regimented, almost militant set of rhetorical boundaries.” To a doctor, a “positive result” on a cancer test would mean the presence of the disease. Hamblin concludes that “for linguistic reasons alone, it would shock me if Bornstein wrote this letter,” leaving us to wonder who did write it. Did Donald Trump dictate it to his doctor? For his part, Dr. Bornstein insists he wrote it, but that he did so in just a few minutes while waiting for a car. Curious.

4. There are shakeups in Florida’s primary.

Back in May, Senator and one-time Republican presidential hopeful Marco Rubio sent out a few tweets assuring us all that he was done with politics. He must have changed his mind since then, because he was on the ballot on Tuesday’s Florida primary. He won, meaning he’ll be up for re-election in November. Joining him will be Debbie Wasserman-Schultz (pictured above), a congresswoman who had, until just a few months ago, served as head of the Democratic National Committee. She resigned after leaked documents put into question the DNC’s impartiality during the race between Hillary and Bernie Sanders (they showed an aversion within the party’s infrastructure to Sanders, an outsider with an unorthodox message), but managed to beat her Sanders-backed primary challenger.

One person who won’t be on the ballot in November is Angela Corey, the State Attorney who oversaw the trials of both George Zimmerman (who walked after killing Trayvon Martin) and Marissa Alexander (Angela went for a 20-year sentence for Marissa, who fired a warning shot at her abusive husband but did not hurt him). She’s been called “one of the most reviled prosecutors in Florida” for her pursuit of aggressive sentences, especially for juvenile offenders. Angela lost her primary challenge to Melissa Nelson.

I have only said like 10000 times I will be a private citizen in January.

5. Will Arizona hike its minimum wage?

Money is an issue this election season in a way it hasn’t been in a long time. Specifically, candidates are talking about how unfairly distributed it is. After Seattle voted in 2014 to increase the city’s minimum wage to $15 and activists made the call for “$15 and fairness” a rallying cry, minimum wage increases have been popping up across the country. Arizona is the latest state to entertain the possibility: A voter initiative will seek to raise the state’s minimum wage to $12 per hour. And it will be on the ballot, in spite of an attempt by the Arizona Restaurant Association to have it taken off. The association filed its challenge too late, according to both a trial court judge and the state’s Supreme Court. So in a few months the voters of Arizona will decide if they want a nearly $4 increase to the minimum wage (enacted over the next three years).

Were you following an election story this week? Let us know about it @BritandCo on Twitter.