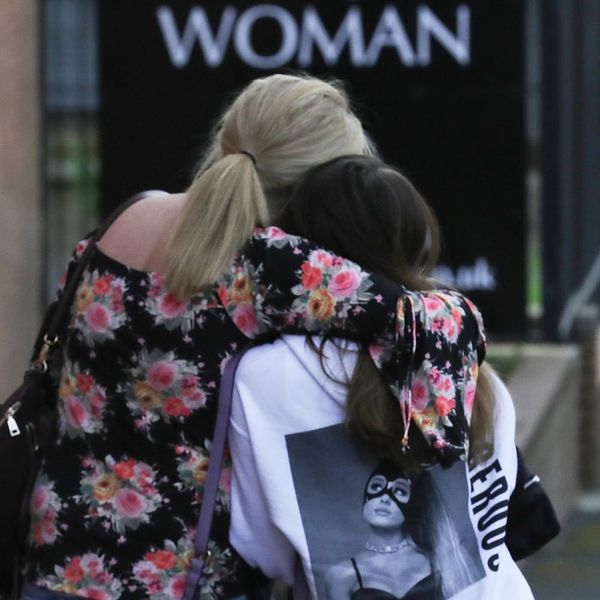 As we continue to grieve the 22 lives lost last night during the horrifying incident at the Ariana Grande concert in Manchester, England, a 23-year-old man has been arrested and ISIS has claimed responsibility, though has yet to provide any proof that they were indeed behind the explosion. However, many have taken to Twitter to address what they feel is the real reason behind this heartbreaking act: anti-women violence.

With reports currently confirming that most of the victims of last night’s attack were women, most were in fact young teens and girls. They were children attending their favorite pop star’s concert with their moms or best friends. Women and girls were directly targeted merely because they were women and girls, and that’s almost too painful to bare.

My heart is broken for those affected & who lost their lives in #Manchester . 😖 Sending our love & prayers to the victims' families. 💗🙏💗🙏💗🙏💗 pic.twitter.com/QqyzUosMXZ

Though through the sorrow, many are expressing their anger, as well as calls for action.

The bombing at a Manchester Ariana Grande show was an attack on girls and women: https://t.co/FmiAYZZnsL pic.twitter.com/L6kAn4SyZs

the Manchester bombing was a hate crime against women, specifically young girls

@CBSEveningNews An attack not just on Manchester, England, western civilization but on women, moms, sisters, daughters everywhere. An attack on all of US.

A man chose to target a concert of mostly girls and women. Could have chosen a sporting event. Didn't. This is gender violence. #manchester

Last year, violent crimes against women in England already reached a record level, and there are many organizations working not only to spread awareness but to aid survivors and reduce rates of incidence. Our hearts continue to go out to all of those who have been affected by this tragedy, as well as anyone who’s grieving and deeply hurting today because of this senseless act of violence.