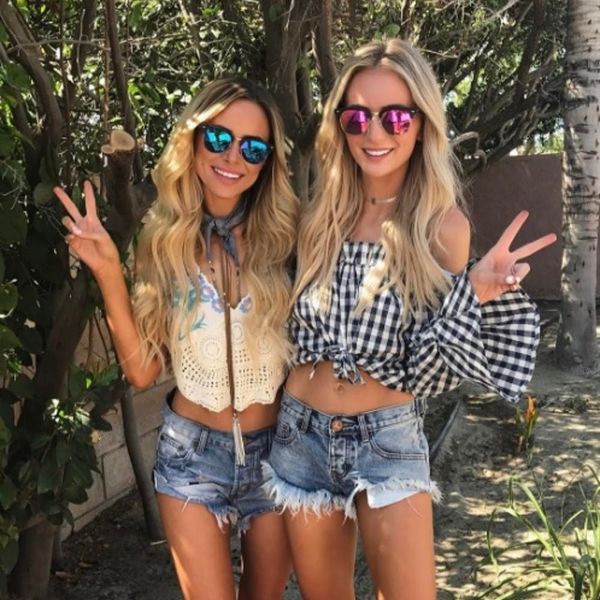 Lauren Bushnell may still be dealing with the aftermath of her split from ex-fiancé Ben Higgins, but it looks like she’s ready to focus on what’s ahead and, frankly, her future looks bright, thanks to plans with her fellow reality series alum (another gal who’s gone through an incredibly public breakup), Amanda Stanton.

“We want to start an online boutique,” Stanton told ET during a Facebook Live chat. And while this seems like a random new gig, it’s apparently not a whim, as the 27-year-old added, “We’ve been talking about it for so long and I feel like we’ve just been putting it off because we’ve been so busy and just dealing with a lot.” No doubt. It’s not exactly like either of their lives have been smooth sailing lately. But, now, the time might be right. “Hopefully we’ll get started on it pretty soon.”

When the project does go into full gear, Stanton says their new customers can expect “everything” at their online shop, including clothes, shoes, and accessories.

Ready for some country music in our new @diffeyewear sunnies ✌🏼 use code LOANDMANDS for 25% off at diffeyewear.com

Further planning will surely happen as the two bond over their breakups, with Stanton revealing, “[Bushnell] was so great and supportive throughout my breakup… So I’m definitely trying to be there for her. [She’s been] driving up to LA to just hang out because I know it can be lonely.” Perhaps, but at least both Bushnell and Stanton have a (possible) new biz to focus on instead of lingering on their exes.

Here’s to hoping they find success in both business and romance (eventually).

Are you surprised to find out that Amanda Stanton and Lauren Bushnell want to start a biz together? Let us know @BritandCo!