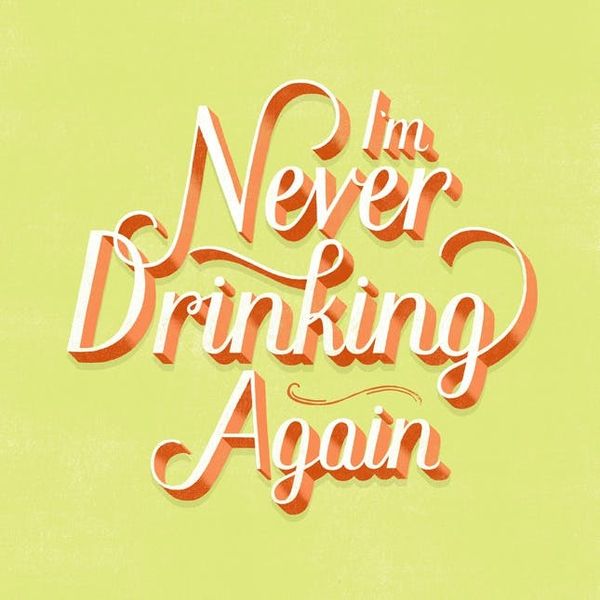 We have a lot of good stuff to report this week — but we’re mostly getting crazy pumped for Re:Make, which is exactly two weeks from today! If you live in the Bay Area or feel like booking a last-minute trip, you should definitely come hang with us at Fort Mason on September 11 and 12. Get all the deets right here. Now, on to the V important news at hand… like peanut butter cup donuts ;)

1. Reese’s Peanut Butter Donuts: That’s right. The culinary innovators at Dunkin’ Donuts have done it again, and this time it’s in the form of a square donut filled with Reese’s peanut butter and topped with chocolate icing and an orange icing drizzle.

Remember those bracelets that literally slapped you? We’ve reinvented one of our fave ‘90s throwbacks with help from a machine that is literally designed to wrap things in THREAD. For real. Bangles, barrettes and slap bracelets, duh. You can check out this doodad in action at Re:Make!

3. Liz Payne, Badass Embroidery Artist: This is officially the coolest embroidery we have EVER seen. The colors, the shapes, the textures — it’s all so beautiful.

About two and a half years ago we got a serious giggle from a series devoted to Daily Dishonesty by NYC-based designer Lauren Hom. Well, it seems that all of her gorgeously illustrated lies have paid off — Daily Dishonesty is now a book available for pre-order!

6. Junk Food Temporary Tats: It’s about time our favorite food group got some traditional tatted up love. We love the juxtaposition of hearts and flowers with donuts, ice cream and pizza. Nom.

7. Make Everything OK: Just push this virtual button and everything will be OK. Or at least it will be for the second you laugh at yourself for actually pushing this button ;)

Rayanne Graff Is Now a Countess

Our favorite imaginary ‘90s BFF (though also, we admit, a bit of a backstabber) is now officially a countess. For real. AJ Langer, who starred in My So-Called Life along with Claire Danes and Jordan Catalano — err, Jared Leto — has become the Countess of Devon. She’s been Lady Devon for 10 years already, after having met and fallen in love with Charles, Lord Devon, in Vegas. And yeah, she lives in a castle now. #dreamsdocometrue (And if you’re not familiar with the fashion genius of Rayanne Graff, please head here.)

9. Tropical Housewarming Party FTW: Who needs a beach vacation when you can DIY your own tropical shindig at home? I mean, we’d probably all like a beach vacation, but we promise this is the next best thing.

10. Hearts Getaway Duffle ($54): Speaking of beachy getaways, how adorable is this weekender?

11. Taylor Swift + Lisa Kudrow Sing Smelly Cat: And finally, if you haven’t already seen this, please prepare to smile really big for about a minute and 12 seconds. As you probably know, Taylor Swift’s been bringing a ton of amazing surprise guests to the stage on her 1989 tour. Well, this week’s gig at the Staples Center may have taken the cake. Introduced as a singer “who’s only performed in coffee shops until know,” Phoebe Buffay really slayed her iconic song, Smelly Cat.

Anjelika Temple
As Co-Founder and Chief Creative Officer of Brit + Co, Anjelika Temple brings her voracious consumption of all things creative and colorful to DIY projects, geeky gadgetry finds and more. When she's not DIY-ing her heart out, you'll find her throwing dinner parties with friends or adventuring with her husband David, their daughters Anokhi and Indira, and their silly dog Turkey.
BritList
Home News
BritList Taylor Swift
More From Home News