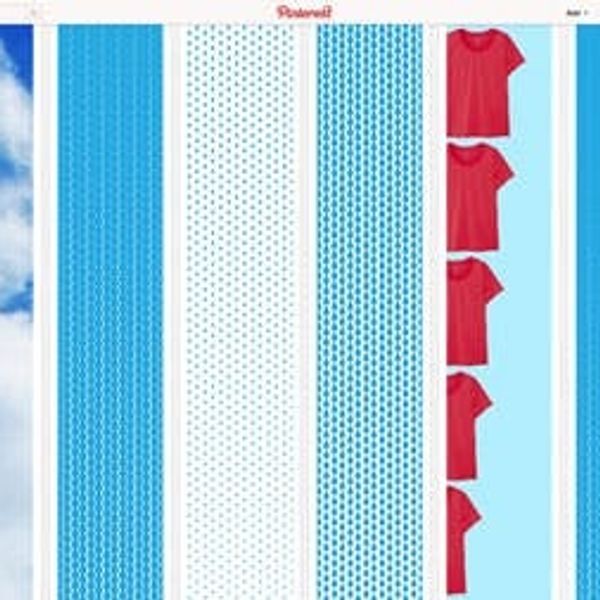 This week at Brit & Co., we've continued delving into the wide world of red, white and blue sweets, styles, and LED decor. We found a bed that makes itself (seriously), a crazy camera controlled by your eyes, and served up 10 different ways to style a classic mini skirt. It's been quite a week. And now it's Friday, and it's time for…the BritList! :)

: Love old tech so much you want curl up with it on the couch? Your

probably aren't quite as cozy as they look so grab this adorable pillow and cuddle up.

FaceCream: Want to take a bite out of a billion dollar social network? So does Croatian designer Tomislav Zvonarić who came up with this sweet summery concept pop.

The Shape of Things: This gorgeous gold cube is a bracelet! We love it. That's all.

Free 20×200 Art!: If you haven't already entered our 20×200 giveaway, get ON it. This website releases 2-3 new limited edition artworks each week, and it's time for you to start your art collection.

Instagram Lenses: Instagram filters in a pair of sunglasses. It's as simple as that. It will probably stay in the conceptual phase, but we love the idea of rose-tinted glasses 2.0. ;)

Who knew the folks behind the Emergency Broadcast System were onto the color blocking trend way before their time?

: Buckyballs are now available as bars!! And check out the official tagline:

Hmmm. We'll just leave it at that.

: This fun little app lets you control a self timer on your camera by… clapping! Kind of weird as all your photos would probably have at least one person clapping, as would the beginning of your videos, but still a fun camera trick. And speaking of camera tricks,

!
Anjelika Temple
As Co-Founder and Chief Creative Officer of Brit + Co, Anjelika Temple brings her voracious consumption of all things creative and colorful to DIY projects, geeky gadgetry finds and more. When she's not DIY-ing her heart out, you'll find her throwing dinner parties with friends or adventuring with her husband David, their daughters Anokhi and Indira, and their silly dog Turkey.
BritList
Home News
BritList
More From Home News